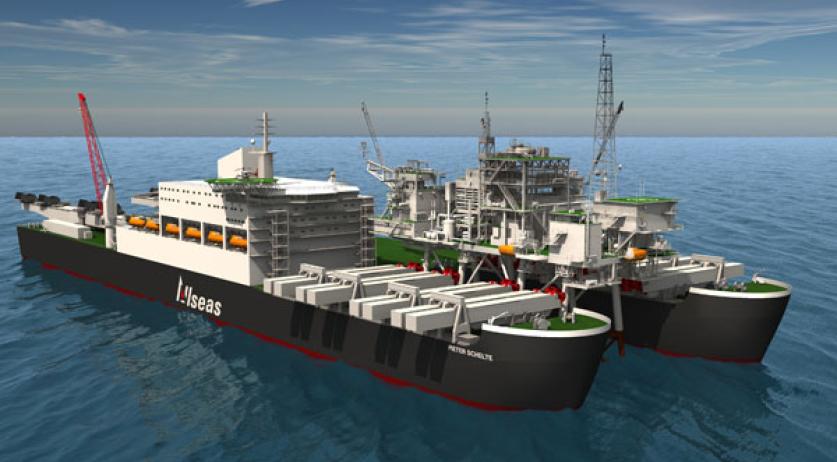 Jewish communities and Holocaust memorial groups are at loggerheads with the owners of what has been called “world’s largest ship” over the name that was chosen for the vessel.

“We’ve fought this for 10 years, tried to persuade everyone involved that this was offensive. But no, we’re left with this fact: the largest ship in the world is named after an officer in the SS, and not enough people are offended to get this changed,” said Esther Voet, director of the Centre for Information and Documentation on Israel (Cidi), based in The Hague.

She said the arrival of the Pieter Schelte in Rotterdam “shortly before Jews were targeted and killed in Paris and before the 70th anniversary of the liberation of Auschwitz, was a coincidence, but a sign of the times. We lost our battle to have the ship’s name changed, and we are left eating dust.”

The ship’s name was built by the Swiss-based group Allseas, a pipelayer for the oil and gas industry. The definition of “world’s largest ship” is disputed but the vessel is certainly the largest crane ship. It weighs 403,342 gross tons, is more than 120 meters wide and 382 meters long.

Its name was given by Allseas owner Edward Heerema, who is the son of Pieter Schelte Heerema. According to an interview with Edward Heerema in the Telegraaf, Pieter “became a member of a national socialist organization in the early stages of the second world war. From November 1942 to June 1943 he was a director of a company under the SS. Heerema lost his sympathy for the Nazi regime, and defected in June 1943. At the end of the war he was arrested. His trial in 1946 led to conviction for the period of his detention awaiting trial.”

After living in Venezuela, according to his official biography, Pieter Schelte Heerema returned to Holland in 1963, becoming “a civil engineer with great technical creativity, and an entrepreneur …”

Allseas said in a statement that the choice of the name Pieter Schelte is Edward’s acknowledgement of his father’s great achievements in the oil and gas industry.” The London-based Lloyd’s Register has defended its role in the ship’s building and development.

The vice-president of the Board of Deputies of British Jews, Jonathan Arkush, said: “Naming such a ship after an SS officer who was convicted of war crimes is an insult to the millions who suffered and died at the hands of the Nazis. We urge the ship’s owners to reconsider and rename the ship after someone more appropriate.”

Voet said one approach that was left, would be to persuade the authorities in Rotterdam not to accept it. “But then it becomes an issue of jobs, and difficult. I only hope we keep the moral high ground.  “We’ve fought this for 10 years, tried to persuade everyone involved that this was offensive. But no, we’re left with this fact: the largest ship in the world is named after an officer in the SS, and not enough people are offended to get this changed.”