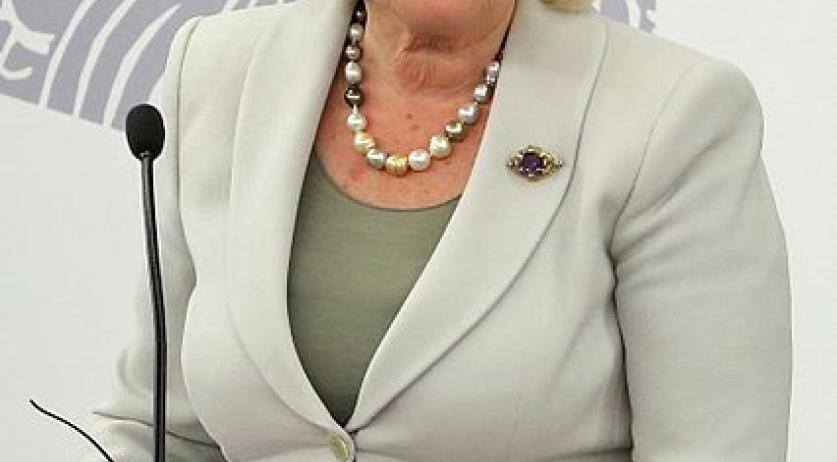 Ankie Broekers-Knol, the chairman of the First Chamber, denounced the intention of the Cabinet to guide the Healtcare Act of Minister Edith Schippers (Public Health) through the Senate via a side road. She finds it contrary to the Constitution and that it undermines the parliamentary system. The chairman expressed her criticism in the radio program De Ochtend. Just before the Christmas recess the Cabinet held three days of emergency meeting regarding the rejected Health Care Act, an important law for Minister Schippers (VVD). Three PvdA senators voted against the law. On the last day of the emergency meetings the Cabinet and the coalition parties reached a compromise. The law would be resubmitted with some facilitation along "the royal road". If the law gets stranded in the Senate again, the Cabinet wants to implement it with a General Administrative Order (GAO). The opposition is against this. Broekers-Knol finds this approach worrying. "Not only the First Chamber will be bypassed, but the parliamentary system will also be bypassed." According to her, the GAO is a tool to implement a law. "It is a subordinate legislation, designed to implement and is not intended tho change the heart of a law. A law can only be changed with another law." The chairman is also unhappy about the way the Cabinet handled the law for top incomes in the semi-public sector in the First Chamber. An extra meeting was scheduled in the Christmas recess to ensure that Minister Ronald Plasterk's (PvdA) law could be implemented on January 1st. VVD ministers Stef Blok and Edith Schippers stated that they will not implement the law in 2015, because there is not enough time. "It is quite worrying that the law now does not enter into force, while the First Chamber fit in an extra meeting." She thinks it is bad for the image of the First Chamber.