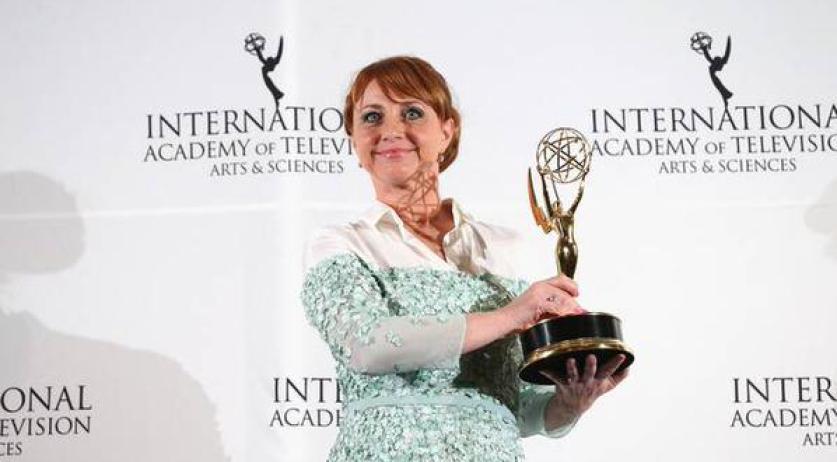 In New York Bianca Krijgsman won the Emmy for best actress. Krijgsman was nominated fore her role in the TV move De Nieuwe Wereld, in which she plays a grouchy cleaning lady in the immigration center at Schiphol airport. http://youtu.be/iKr2IhKCp5U Krijgsman did not expect to win the Emmy. "Yesterday I saw fragments of the other nominees and I estimated my chances as very low", says the actress. In the Netherlands she is best known for the comedy duo "Plien en Bianca" and her role in the television series Zaai and Koefnoen. The International Emmy Awards are presented annually to the best international TV productions.