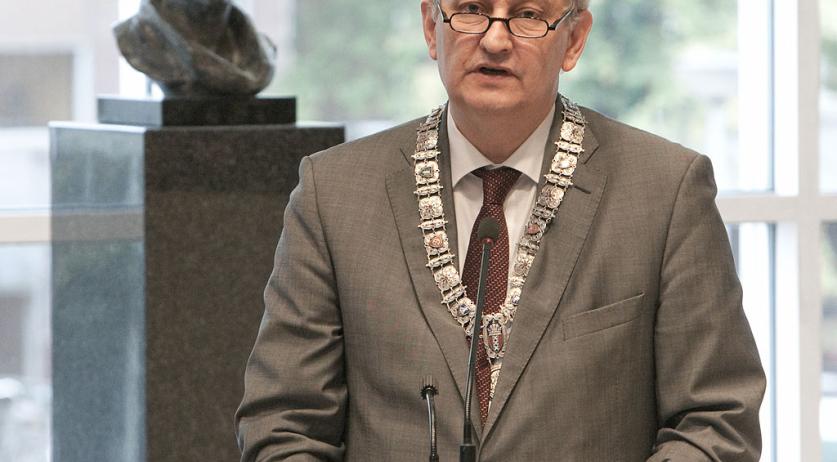 While visiting the company’s headquarters in Shenzhen, China, Amsterdam Mayor Eberhard van der Laan signed a deal with telecom giant Huawei to bring them onboard the Amsterdam smart city project, a city spokesman told the NL Times. The visit also included Amsterdam ArenA chief Henk Markerink, who agreed to a five-year deal using Huawei LTE and WIFI for stadium connectivity, the company said. The stop on Tuesday at Huawei’s office is part of the mayor’s week-long trade mission to China, which also includes meetings in Guangzhou and Beijing. Before Huawei, the mayor also met with his Guangzhou counterpart, Jian Hua Chen, and a trip to a China Southern Airlines’ maintenance location. “We have a very long-standing relationship with Beijing, and our mayor is trying to see if he can strengthen relations with Guangzhou and Shenzhen,” said Amsterdam spokesperson Charlene Verweij. “The general purpose of the visit is to draw investment to Amsterdam and most importantly building relationships. It’s not an overnight process,” she said. Mayor van der Laan had scheduled visits with Beijing government officials today, and meetings at both the massive China Construction Bank and the Bank of Beijing. Thursday has the Amsterdam delegation dropping in on the China Holland Business Summit, followed by cultural performances from the Netherlands National Ballet and a Beijing presentation from the FOAM photography museum. The Mayor's trip to China is not the only trade mission in east Asia by the Netherlands. King Willem-Alexander and Queen Maxima are working on developing business ties in Japan.