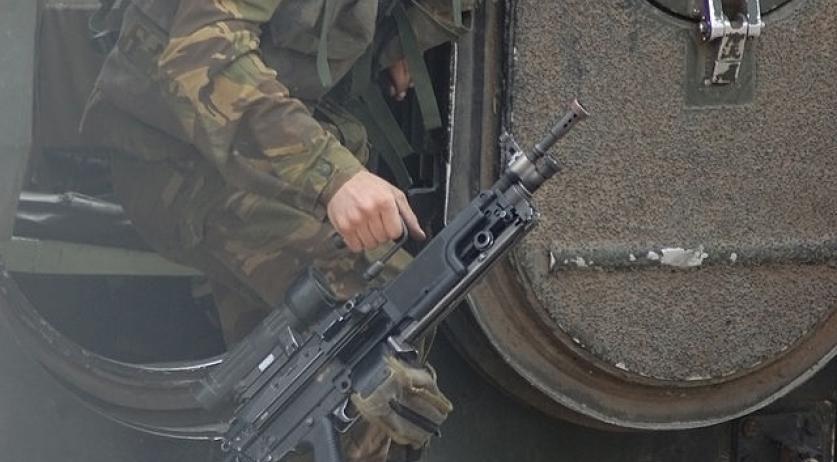 Soldiers told not to travel in uniform

The Netherlands Ministry of Defense has advised soldiers not to take public transport while in uniform. This warning comes after Netherlands intelligence services discovered a video in which a Dutch jihadi calls for a "heavy act" to be performed against the Dutch government. This video motivated threats that specifically target soldiers, prompting Defense to issue this warning, De Volkskrant reports.  The NOS reported this threat to soldiers, which the Ministry of Defense today confirms. Earlier this week, a video appeared in which jihadi Muhajiri Shaam, who has joined al-Nusra in Aleppo, speaking Dutch, calls on "brothers" in The Netherlands to "stand up and do something. Undertake something", specifically a "strong act against the Dutch government." In the video, the Dutch jihadi stands on rubble left over from a recent strike on a mujaheddin base in Syria from America and Arabic allies. He says that it is not only ISIS under attack, but also the mujaheddin fighting against the tyranny of Bashar al-Assad, and muslims. He says America is waging a war against all muslims, not only ISIS. His message is to do something against the Dutch government, because the Dutch "is also a government that gives support to America." On Twitter, Shaam has repeated this message over the last few days. "Between the lines I read an advise to the Dutch population. Do not come near soldiers, keep at least 100 meters distance." He has also replied to the warning from Defense to soldiers not to wear their uniforms. "Look how the Ministry of Defense gets to work. The citizen will now walk around scared and upon seeing a soldier quickly take to his heels. Good work, Ministry of Defense. #Scaremongerers." The case is being investigated, and the Public Prosecution Authority is developing a criminal investigation into the man, Shaam.