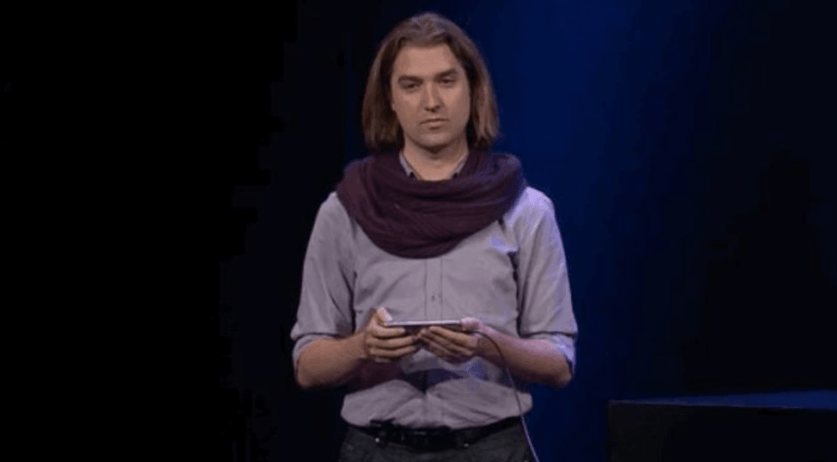 The Apple Watch may have been the big story in the run up to Apple’s annual keynote address, but a game developers debut of an infinity scarf is the product that's got everybody talking. The developer, now dubbed by many as "Scarf Guy", has been revealed to be the Dutch co-founder of Super Evil Mega Corp, Tommy Krul, whose image has now gone viral. Krul was brought out on stage following the announcement of the iPhone 6 to demonstrate his new game, Vainglory. While Apple usually likes to keep casual attire during its product launches, with CEO Tim Cook donning jeans and an untucked shift, Krul’s salute to New York Fashion Week with his truly revolutionary purple “tube scarf” has quickly become Apple’s latest and most talked about accessory. Across Twitter, Krul was swiftly reduced to the epithet “Scarf Guy”, as users grabbed screenshots of him and his infinity scarf to share. The scarf now boasts its own Twitter account, Twitter hashtag #scarfguy, and endless memes. Krul grew up in The Hague and studied at the University of Amsterdam. He has since worked at a series of gaming companies including Guerrilla Games, Gazillion Entertainment and German origin Factor 5. In 2010, he founded Super Evil Mega Corp, based in San Francisco.