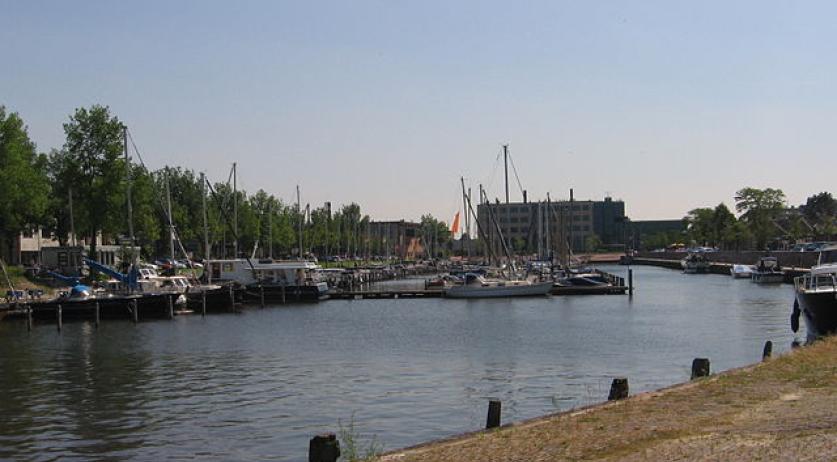 Two families with children living in the Gooise Huizen have been prevented by police and the Department of Justice form linking themselves up with terrorist organization IS in Syria. Neighbors of the family were shocked to hear that Mourad M. had jihadist intentions. His boss is equally gobsmacked, and tells the Algemeen Dagblad that he never would have guessed a radical streak in the man.  "He was a very appreciated co-worker" says boss Cees Bos of Hobart Nederland bv. "I cannot yet believe the accusations." Mourad and Engelina M. and their five sons between the ages of one and nine are one of two families in Huizen who have been removed of their passports because of the suspicion that they had intentions to travel to Syria to fight for the Islamic State (IS) terrorist group. This confiscation of passports is part of a wider operation of the seizure of documents which was announced by Minister Ivo Opstelten of Security and Justice last Friday. It is a new policy that attempts to fight radicalization and the growth of jihadism in The Netherlands through stricter measures. The new seizures in Huizen brings the total of Dutch nationals whose passports have been confiscated due to suspicions of jihadism to 43. For the neighbors of Mourad M., the news comes as a complete shock. The installer at Hobart Nederland bv. and his family seemed average. A neighbor tells the AD that her son was friends with the family's eldest son. Having to tell him that the neighbors won't be back for a while will be difficult. Engelina M. converted to Islam, and is known in the neighborhood as Khadija. Her children often visited with the neighbors. "I find it so bad. She never said anything about the crazy things they had in their heads. I knew she had converted, she wore a head scarf, but we actually never spoke about the religion", the neighbor tells the AD. Her husband is in a state of disbelief as well. "The boys came and visited here. Our sons went to judo. The contact was so normal." According to the AD, the neighbors also spoke with Mourad's mother, who seems not to have been in on the plan to join IS either. The mosque where the family went, An Nasr, in the neighborhood, knew Mourad. "But he rarely comes here", mosque-goers say. "If you want to go to Syria to go and fight and to murder, then you're no muslim", they tell the AD. According to the paper, the municipality of Huizen has had a jihadism problem for some time now. The VVD submitted a motion in June that would open an anonymous jihadism hotline because there were signs within the municipality that radicalized muslim youths had traveled to Syria and returned. One resident was also reportedly killed in Syria. Mayor Fons Hertog of Huizen has been enlisted in the administrative radicalization negotiation committee at the request of Minister Ivo Opstelten. This committee handles national action against Dutch Jihadists who want to travel to Syria.