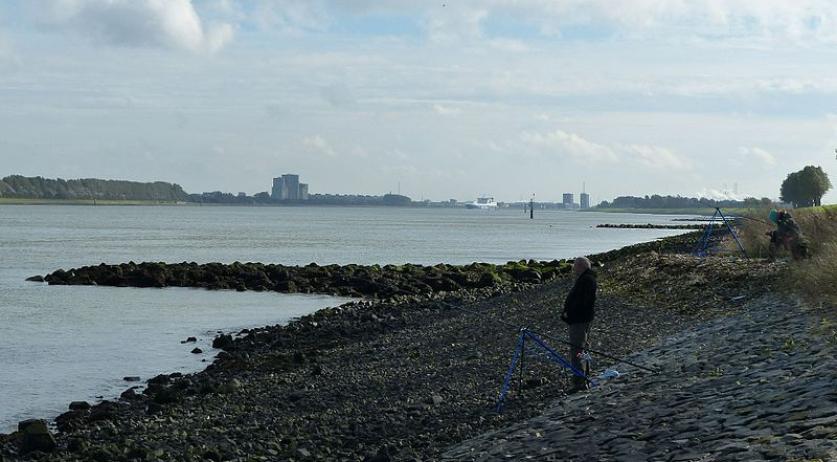 The Rhine river is carrying off so much water this summer that the Nieuwe Waterweg between the Maassluis and Hoek van Holland has become more freshwater than salt water. This has given rise to an increase in freshwater fish in the Nieuwe Waterweg.  Fish and amphibians organization Ravon tells the Volkskrant that fishing activities in the Nieuwe Waterweg have pulled up a lot of fresh water fish such as zander (snoekbaars) and asp (roofblei). The Maassluis and Hoek van Holland are both connected to the North Sea, while the Rhine originates in the Swiss Alps, running through Germany before emptying in the North Sea, and is made up of fresh water. The Nieuwe Waterweg is the only river delta in The Netherlands with a natural transition between salt and fresh water. The water is not as salty as the sea, nor as fresh as other river waters. For freshwater fish, zander and asp don't go further than Vlaardingen, after which the water becomes too salty for these types of fish. This Summer, however, they are able to travel further.