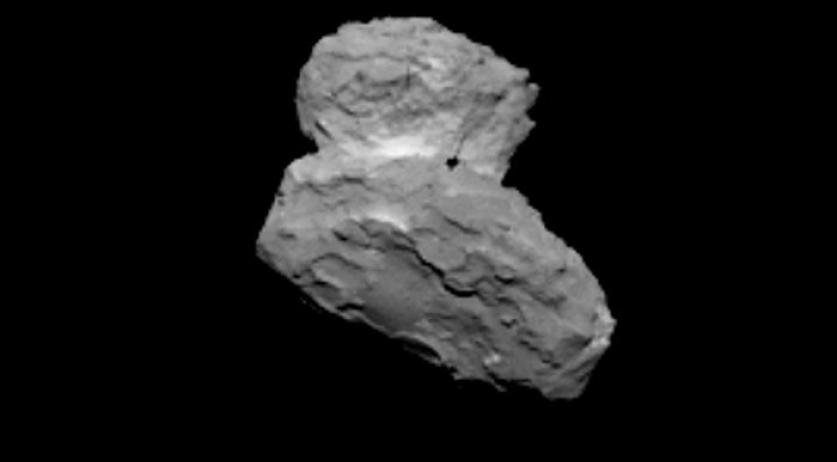 The European Space Agency's Rosetta probe has been brought to within 100 km of the Chury comet after a seven-minute burn of its thrusters. Orbiting around the comet, moving at 55,000 km per hour, the Rosetta can finally begin the research that it set out into space ten years ago to do.  The comet is in a 6.5-year elliptical orbit, which comes within the orbits of Mars and Earth and then travels back out to beyond Jupiter. Rosetta will allow scientists first-ever measurements and date from a comet as it turns from inactive to active as it comes closer to the Sun. "After ten years, five months and four days traveling towards our destination, looping around the Sun five times and clocking up 6.4 billion kilometers, we are delighted to announce finally, we are here," said ESA's director general Jean-Jacques Dordain. "Europe's Rosetta is now the first spacecraft in history to rendezvous with a comet, a major highlight in exploring our origins. Discoveries can start." Over the coming weeks, Rosetta will orbit around the comet, gathering data about its terrain and gravitational field. Then, Rosetta will move into closer orbit, within 30 km of the comet's surface, before releasing a lander that will investigate the comet more closely.