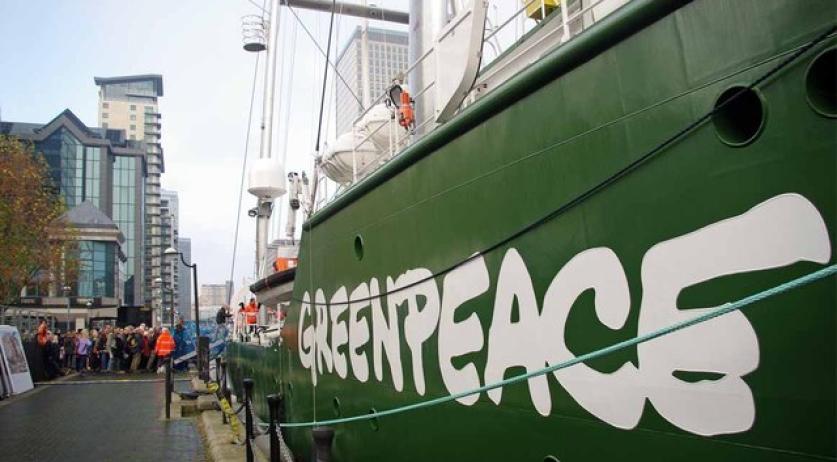 More than 40 staff members and campaign leaders from Greenpeace Netherlands are still demanding that international program director Pascal Husting be dismissed. Husting came under fire last month for his choice to fly between his home in Luxembourg and his workplace in Amsterdam, the Volkskrant reports.  The staff members penned a letter to Greenpeace director Kumi Naidoo and Husting, writing that Naidoo should "considerate his position", adding that the damage they have caused to the environmental organization can only be remedied by their departure, the paper writes. The letter was not published, but spread amongst employees and signed by almost all important campaign leaders and staff members. The only missing signature is that of Dutch director Sylvia Borren who believes that dismissal is unnecessary. Borren says that steps are being taken within Greenpeace to bring this affair into open dialogue and onto the right track. She admits that she is "suitably sickened" by the mistakes made by Husting, as it was an "attack" on Greenpeace's reputation, but that Husting and Naidoo understand this. The Greenpeace Netherlands director says that the action of her staff is comparable to a "people's court" and even a "witch hunt", and was therefore hesitant to sign their petition. "It is possible to come out of this without their departure", Borren says. According to the paper, Husting's commute to Amsterdam two times a month was his own choice, as a measure to keep his family happy as he did not want to move to Amsterdam due to the disruption to his young children's lives. Being more environmentally friendly and taking the train to Amsterdam and back is also not an option for Husting, as that would take 12 hours. Husting's salary has also come into the spotlight. At €6075 per month, the staff members argue that "that amount is multiple times the average income and a lot of money for most of our supporters.:" The staff explain that there is no chance Greenpeace could recover from this scandal unless Naidoo and Husting are dismissed, as keeping them on would undermine the credibility of the environmental organization. "It will come back every time as soon as we criticize politicians or organizations. Like is actually happening now already. If Greenpeace can't do it right, who can?", they tell the Volkskrant.