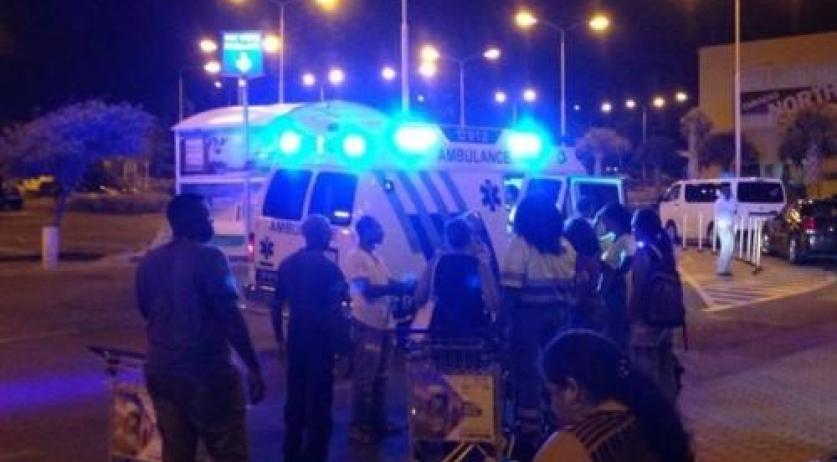 Two people are dead, and at least six others are injured after passengers drove a car up to the arrivals hall of the Curacao International Airport and started shooting at some of the passengers. At least one of those killed in the shootout was inside the car. A witness told local media outlet Vers Geperst that another person shot was Jais Juliana, an alleged underworld crime boss and the possible target of the brazen attack. The gunfire erupted at about 8:15 p.m. local time on Tuesday. Several others were critically injured. Local reports say a woman in a wheelchair was hit by a stray bullet while she was in a parking lot. A woman in the arrivals hall was also struck in the leg. Police have identified neither the ages, nationalities nor hometowns of those shot. “I thought it was fireworks for a moment,” said Katinga van Horssen. She had been at the airport with her daughter-in-law waiting for her son to arrive. They saw a man fall down, and the two women dropped to the ground as the shots continued. “When it stopped, we wanted to get up, but the shooting started again. One man near the exit was very badly injured; I do not know if he is still alive,” van Horssen said. “When it stopped again, we ran inside.” Police sources told local media that the incident could be the latest crime in an ongoing war between rival drug gangs. Curacao is a key drug trafficking export point for narcotics headed from South America to Europe. The intended targets were believed to have been on a flight from Germany. Those in the arrivals hall included passengers from an Air Berlin flight that had landed just before the shooting. https://twitter.com/AdirAyubi/status/489223319011348480