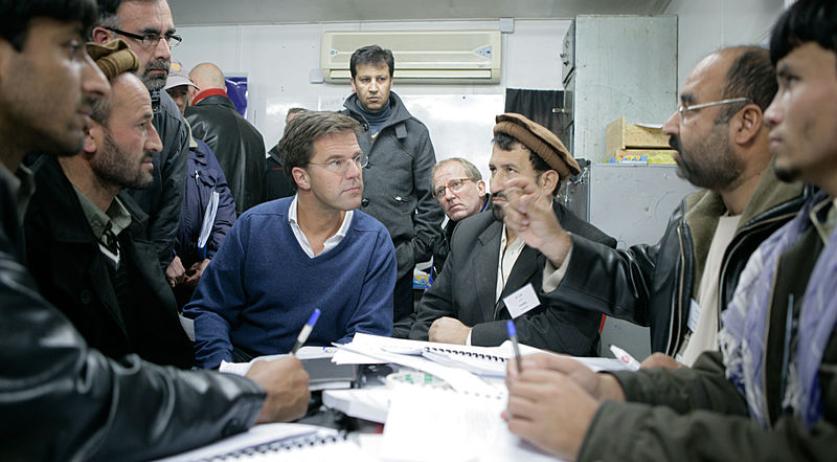 The threat of Islamist extremists is giving new ground for foreign military investment into Afghanistan from countries including The Netherlands. The Cabinet is discussing plans to send around 100 soldiers to Afghanistan in 2015 to train the army and the police, the Volkskrant reports. The NATO operation 'Resolute Support' is what The Netherlands will provide in this mission. It is an operational plan from the highest NATO general, which has been proposed to all ministers of Foreign Affairs from NATO member states. A decision will be made after the Summer. This mission has been in the making for months. It is meant to replace the current International Security Assistance Force (ISAF) NATO military. The 50,000-strong Force is set to take its leave from Afghanistan this year. Defense Minister Jeanine Hennis (VVD) and Minister Frans Timmermans of Foreign Affairs have held off making concrete plans, as there was little indication as to how many men America would be pledging. It is now clear that the lion's share of the total 12,500 required troops for this mission will come from the United States, who is sending in a maximum of 9,800 soldiers to Afghanistan. The Netherlands is only sending in 100 men, to train Afghan police and the army in the northern city of Mazar-i-Sharif. They will be staying in German barracks. On the 9th of July, NATO will hold a force generation conference. On that day, the countries involved will send a military representative to announce how many troops and materials each country is sending to Afghanistan. The mission will only be launched once the president of Afghanistan signs a so-called 'security pact', in which foreign soldiers may not be tried by an Afghan court in case they do something wrong. Current Afghan president Hamid Karzai has refused to sign the pact. The two candidates who are still running for president have publicly said that they would sign the agreement. Karzai's term will end in August. Of the two remaining candidates, Abdullah Abdullah and Ashraf Ghani, Abdullag has pulled out, claiming fraudulence in the election process.