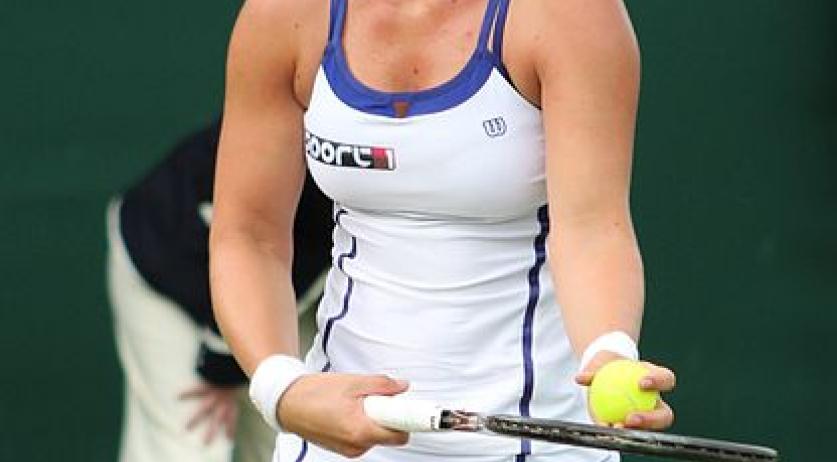 Dutch tennis player Kiki Bertens just missed out against German Andrea Petkovic in the women's quarter finals at Roland Garros. She landed in 28th place with 6-1, 2-6, 5-7. Bertens dominated the first set, but the roles were reversed in the second. The Dutch player is ranked 148th in the world. In the deciding set, it seemed it could go either way. At 5-5, Bertens broke, giving Petkovic a chance to win a place in the final eight with her own service on the second match point. Kiki Bertens has performed the best as Dutch female tennis player since Arantxa Rus in 2012, who went to the fourth round in Paris. Bertens could not equal the performance of Michaëlla Krajicek from 2007, who went to the quarter finals at Wimbledon that year. Krajicek is now the only Dutch player left at Roland Garros. She is playing doubles with her Czech partner Lucie Hradecka in the quarter finals. Bertens won three consecutive matches in Paris in the qualifiers against Alexandra Cadantu (Romania), Anastasia Pavliotsjenkova (Russia) and Solvia Soler-Espinosa (Spain). This has pushed her up the world ranking list. She is now at 148th, as she is also suffering an injury. She has been at 41, her highest placing, which happened in April of last year. Last year, Bertens was beaten in the first round, so she had few points to defend.