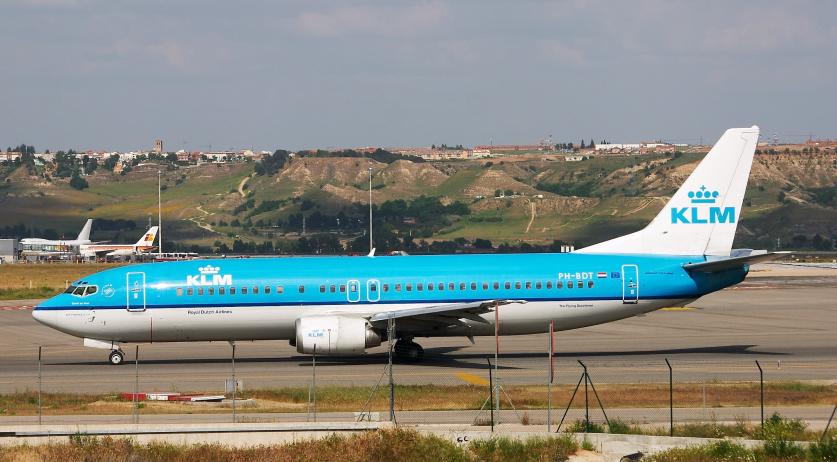 A KLM passenger aircraft made an emergency landing at Norwich Airport, England on Tuesday, after the pilot noticed fumes in the cockpit and an electrical fault, BBC News reports. The flight was on its way to Schiphol Airport in Amsterdam from Manchester when it was forced to make the emergency landing. Ten fire trucks came to the Norwich Airport. Airport director Andrew Bell says that the plane made a normal landing at just after 2:30 p.m., and that all 114 passengers and crew aboard the Boeing 737 are safe. Hotels were arranged for 80 passengers for the night. A KLM spokesperson said that the plane would be back to service on Wednesday, after being repaired for what was causing the "unidentified fumes."