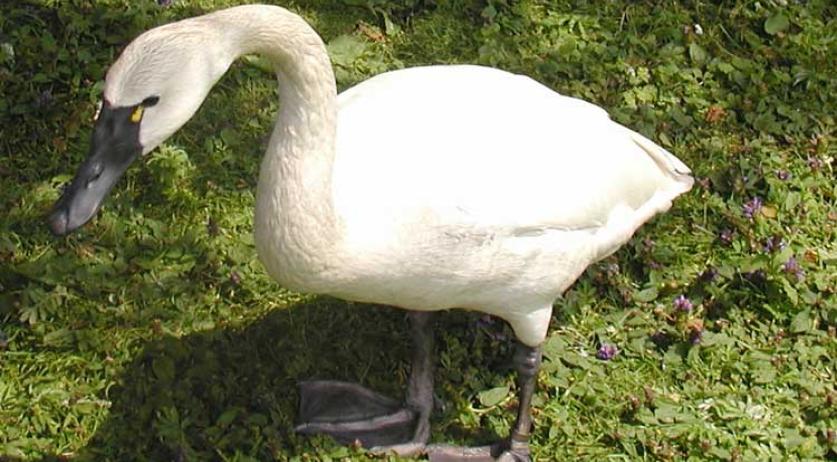 A dead swan was discovered in the Transvaalbuurt area of Arnhem by passers-by on Sunday. Officers who came to inspect the animal found that its throat had been cut, the police reports. The swan was a female, and had a nest with eggs in a body of water on the De La Reijstraat. It appears that the bird was heavily mistreated and subsequently decapitated. Police are looking for the culprit or culprits and hopes that witnesses will report any information. This incident is not unique in nature. A decapitated swan was also discovered in Waddinxveen two weeks ago. Only a week ago, a brooding swan was taken from her nest and thrown in the back of a van by a man who wanted to sell the bird. This animal survived, and the culprit was caught thanks to witnesses. She has ben reunited with her partner.