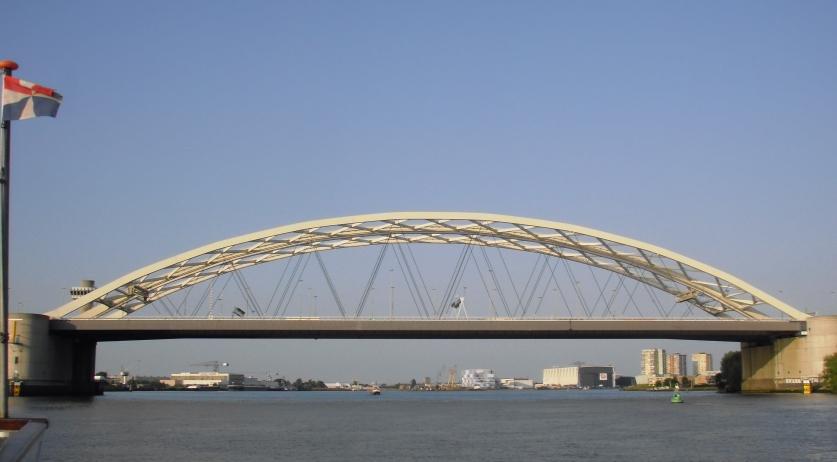 The Van Brienenoordbrug bridge section of the A16 between Rotterdam and Breda was closed off for around one hour Monday morning. Due to a technical fault, the bridge was not able to close anymore, causing a traffic jam in both directions, the ANWB reports. At its most extreme, this traffic jam was 11 kilometers long, the NRC reports. At just before 6 a.m., a still-unknown fault left the bridge impassable. An hour later, a fitter from the Dutch Ministry of Infrastructure and Environment (Rijkswaterstaat) was able to assist, and the traffic could continue once again. A spokesperson for the ANWB told press service Novum that there was still congestion for some time after. Road users can take alternative routes via the Benelux tunnel, over the A20, A4 and A15.