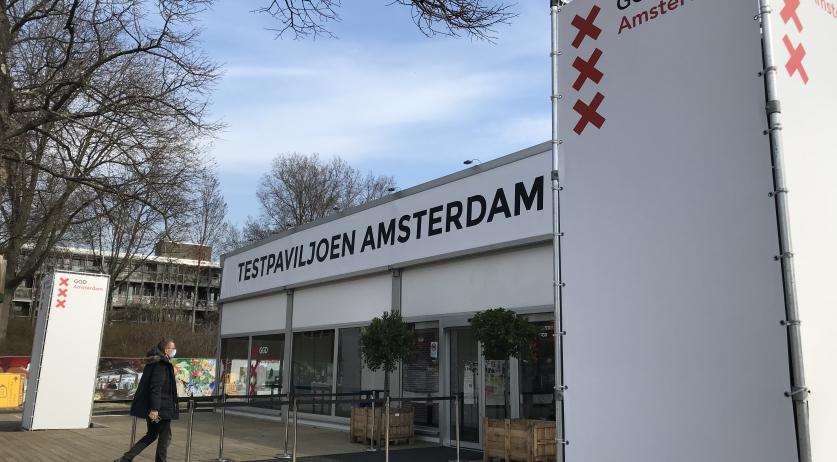 Preliminary data from the RIVM showed that fewer than seven thousand people tested positive for the SARS-CoV-2 coronavirus infection for the second day in a row. That brought the seven-day moving average down to 9,501, the lowest in nearly a week.

Some 6,945 people were diagnosed with the infection, the RIVM said on Wednesday, less than two percent higher than a day earlier. The two-day total was the lowest in since July 8-9, with the RIVM and Health Minister Hugo de Jonge saying earlier that they cautiously believed the surge in infections this month peaked and stabilized.

The cities with the most infections on Wednesday were Amsterdam (555), Rotterdam (452) and The Hague (196). Amsterdam's total was a third below its average, while Rotterdam and The Hague were about a quarter below  their respective averages.

At the same time, the number of Covid-19 patients being treated in Dutch hospitals rose for the eighth straight day to its highest point in a month. There were 428 patients with the coronavirus disease in treatment on Wednesday afternoon, a net increase of three percent after accounting for deaths, discharges and new admissions.

The total included 106 people in intensive care units, a net increase of six. The other 322 patients were in regular care wards, a net rise of seven. Some 78 Covid-19 patients were admitted into care between Tuesday and Wednesday afternoon. On average, hospitals admitted 61 patients each of the past seven days

The combined patient total has gone up 102 percent in a week. A similar increase would put the total at 869 by next Wednesday.

Meanwhile, the Ministry of Health said that it expected 1,011,754 people will receive a Covid-19 vaccine dose this calendar week. That projection is 11 percent lower than the number of jabs given last week.

At its peak, the country's healthcare workers gave out over 1.8 million doses in the week ending June 13. This week will be 45 percent lower than that accomplishment.

Over 19.2 million vaccine doses have been administered since January 6. The 20 millionth dose will likely be given on Saturday.