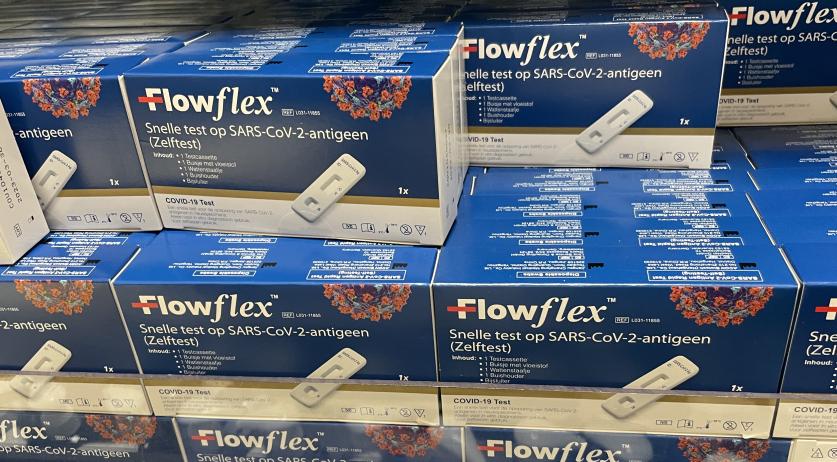 Intensive care units in the Netherlands were treating 649 people for Covid-19 on Tuesday afternoon, a net decrease of 32 in a day. That decrease was the largest reported in a single day since June 3, nearly 50 weeks ago.

The ICU total dipped to its lowest point in 52 days, data from patient coordination office LCPS showed. Another 1,503 people were being treated in other hospital departments, a net increase of one.

The combined total of 2,152 patients with the disease in Dutch hospitals was 13 percent lower compared to a week ago. Should that trend hold, the total will fall below 1,875 in one week's time.

Hospitals admitted 232 people with Covid-19, including 33 intensive care patients, between the afternoons of Monday and Tuesday. That brought the moving average of daily hospitalizations down to 206, the lowest the figure has been since March 1, and 34 percent below the third-wave peak set on April 22.

Meanwhile, public health agency RIVM also said on Tuesday that another 5,396 people tested positive for the SARS-CoV-2 coronavirus, a figure which likely includes some data missing from Monday's report. The moving average dipped to 5,062 on the news, 25 percent lower compared to a week ago.

However, coronavirus tests organized when someone contacts the GGD also fell by 23 percent while the rate in which people tested positive held at 12.2 percent. The decrease in testing by nearly a quarter could be down to several factors, the RIVM said, including the May vacation period, the long holiday weekend around Ascension Day, and the wide availability of rapid self-test kits.

The three cities reporting the most new infections on Tuesday were Amsterdam (280), Rotterdam (229) and The Hague (201).