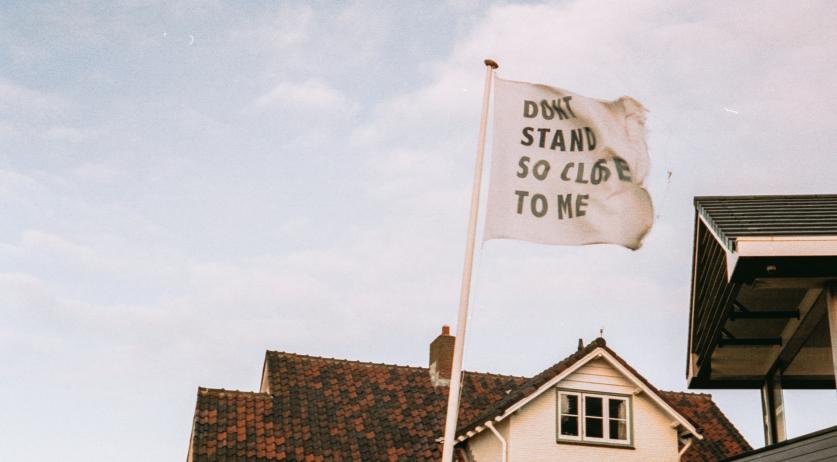 Lyrics from a song by The Police as a social distancing reminder in Zandvoort. 10 May 2021 - Source: Jean Carlo Emer at Unsplash - License: Unsplash
Health
Coronavirus
Covid-19
covid-19 vaccine
RIVM
Share this:

The Ministry of Health in the Netherlands said on Tuesday it is aiming to administer 962,818 injections of a Covid-19 vaccine this calendar week. On the same day, side effects research center Lareb disclosed for the first time that three men also developed blood clots with a low platelet count after being given the AstraZeneca vaccine.

If the weekly target is met, it will likely be the highest number of shots given in a single week since the vaccination program started on January 6. The target is about 19 percent higher than the total over the past calendar week. During that time, the RIVM said 810,653 people received an injection, a figure that was revised down by about 800.

The country was aiming to use 815,056 vaccines in total last week, meaning the target was missed by less than one percent. It pushed the estimated total of injections up to 6,462,496 through the end of Sunday.

That includes 1,471,268 jabs which were a person's second dose. Roughly 10.2 percent of all adults in the Netherlands have received a second injection.

About 34.7 percent of all adults have been at least partially protected against Covid-19. Through Sunday, some 4,991,228 people received either a first, or a first and second injection.

Over 126 thousand people were also vaccinated on Monday, which raised the injection tally to 6,588,757

Lareb on Tuesday also said that a total of 15 people in the Netherlands have reported the rare side effect of blood clots combined with a low platelet count. The 12 women and three men were between the ages of 23 and 66. The complaints developed between seven and 20 days after getting the AstraZeneca Covid-19 vaccine.

The side effect has also been investigated in connection to the Janssen vaccine, but Lareb has not received a report linked to that vaccine in the Netherlands. Visible signs of the side effect include bruising, nosebleeds, and blood under the surface of the skin at the injection point.

To date, 320 people have died soon after getting a Covid-19 vaccine, primarily after being given the Pfizer/BioNTech product. "This is the most commonly used corona vaccine and also the vaccine that is mainly used in the elderly population," Lareb wrote.