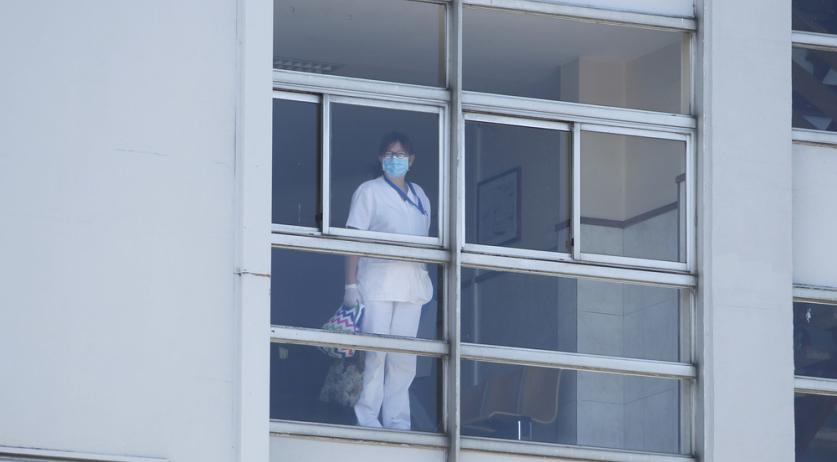 Nearly two-dozen more people were being treated for Covid-19 in intensive care units in the Netherlands, as the total number of patients with the disease jumped by two percent in a day. After a weekend plagued by IT errors at the GGD and RIVM, the number of coronavirus infections rose above nine thousand for the first time in ten days.

The Covid-19 hospital total reached 2,642 on Monday, a net increase of 42 after accounting for admissions, deaths in discharges. That included 825 patients in intensive care, an increase of 21. It was the 17th straight day where the ICU total was above eight hundred. A growing number of hospitals across the Netherlands have either taken the decision to stop admitting patients, and also to postpone some operations.

Hospital pressure will likely continue for the coming weeks said Ernst Kuipers, the head of the Dutch acute care providers network. "First with covid and then with the overdue care that needs to be caught up." He acknowledged that ICUs in the north are nearly full, and hospitals in the west are facing "emergency closures or admission stops."

The other 1,817 patients with the coronavirus disease were being treated in regular care, a net increase of 21. "The hospital influx and the total hospital occupation are still very high. We expect occupancy to remain high in the coming week and may increase further," patient coordination office LCPS said. Between Sunday and Monday afternoon, 257 patients with the disease were admitted to hospitals, including 47 in the ICU.

Meanwhile, public health agency RIVM said that another 9,263 people tested positive for the SARS-CoV-2 coronavirus, the most reported in a day since April 23. The two-thirds increase compared to weekend figures was largely due to data missing from Saturday and Sunday added to Monday's total.

"The malfunctions of last weekend has been resolved," the RIVM said. "In concrete terms, this means that the figures shown today and the coming days will also contain positive tests from the past weekend."

The single-day total was 15 percent higher than a week ago, raising the seven-day average up to 7,128. However, that figure includes the data errors from the weekend, and earlier in the week. Over the past seven days, 47,437 people tested positive for the infection.

The RIVM also estimated that 93,399 people received a Covid-19 vaccine dose on Sunday, raising the total number of injections up to 5,651,041. An estimate about the number of doses given over the past week was difficult to ascertain as the RIVM revised the figure down 220 thousand on Thursday.

It said that some vaccine doses given by hospitals and general physicians were counted twice, which necessitated the correction.

To date, people have tested positive for coronavirus 1,516,802 times.