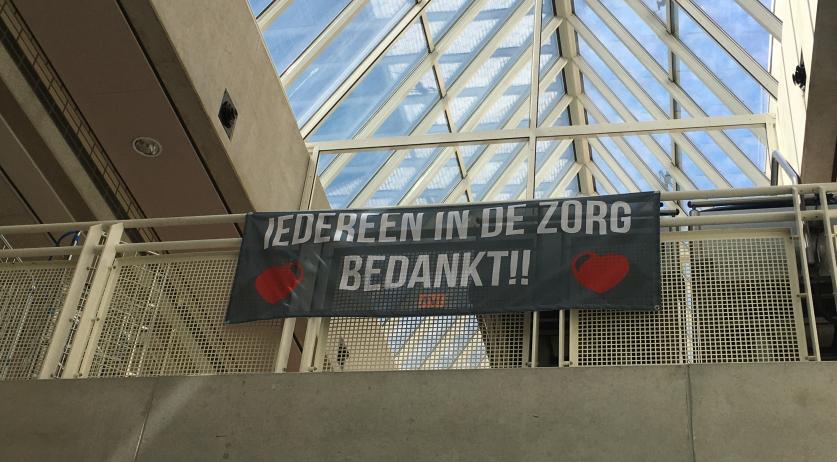 Hospitals in the Netherlands were treating 2,498 people for Covid-19 on Tuesday afternoon, an increase of five percent in a day. The total included 750 people in intensive care, a figure which was similar to the end of April last year.

The ICUs were treating four more patients with the coronavirus disease. Regular care wards were treating 1,748 such patients, a net increase of 120. The combined total of 2,498 in admitted care neared a 12-week high.

Over the past 24 hours, hospitals took on 251 more Covid-19 patients including 44 in the ICU. That brought the seven-day average down to 282, about level with a week earlier.

Infections and Covid-19 deaths down on average

Public health agency RIVM said that another 5,592 people tested positive for the SARS-CoV-2 coronavirus infection. Though that was a four percent increase in a day, it was five percent lower than a week earlier.

It brought the seven-day moving average down to 6,917, the lowest in about two weeks. It was not yet known what impact the Easter weekend had on infection figures, but the RIVM said it would likely become more clear over the course of the week.

Four of the five of the largest cities in the country showed decreases in their municipal moving averages for new infections. The Hague was the only increase, which had an average of 238, five percent higher than last week. Rotterdam's total was down six percent over the week to 317, and Amsterdam fell by eight percent to 290.

The RIVM also said it was informed of 20 more Covid-19 deaths, matching the seven-day average. The average has fallen by 16 percent in a week with deaths from the viral infection on the decline after three months of Covid-19 vaccinations being available in the Netherlands.