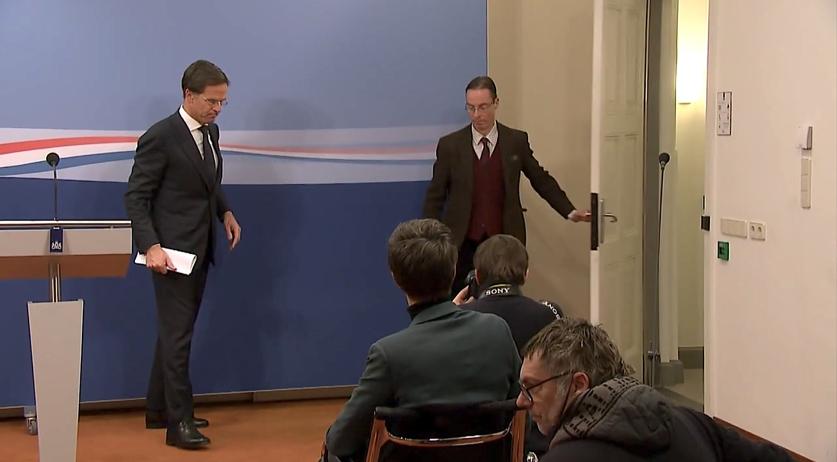 Pressure on Rutte to step down as Prime Minister increases

After the entire opposition had given up confidence in outgoing Prime Minister Mark Rutte on Thursday, one of the coalition parties (ChristenUnie) now does not want to join him in a new cabinet. As a result, the formation has come to a complete standstill, and Rutte's options to lead a new cabinet as prime minister are drying up.

A majority coalition of VVD, D66, CDA, and ChristenUnie seemed the last remaining option for Rutte, but now that Segers has ruled out cooperation with Rutte, there are virtually no options left.

Far-right parties PVV and Forum for Democracy have been excluded by almost all other parties, including the VVD, for several substantive reasons. Possible left-leaning coalition partners PvdA, SP, and GroenLinks signed the no-confidence motion on Thursday, as did the rest of the opposition (73 seats).

The entire Chamber, except Rute's own VVD, disapproved of his performance in relation to the formation of a new cabinet. It is the first censure motion passed against a prime minister since World War II.

The party leaders believe that Rutte was telling the House of Representatives about his first conversation with the former pathfinders. The report showed that it was indeed about CDA MP Pieter Omtzigt, something that Rutte firmly denied at first. Rutte blamed it on a "wrong memory".

D66 and CDA are not completely closing the door yet

D66 and CDA, the most obvious coalition partners of the VVD, did not completely close the door yet, but confidence in him has reached a low point among Sigrid Kaag and Wopke Hoekstra, the party leaders of D66 and CDA, respectively.

In the marathon debate in the night Thursday to Friday, Kaag said that she "would have drawn her conclusions" if she herself had received such a motion of censure.

For the time being, the pressure on Rutte is mainly from the outside; it is still quiet within the VVD. Rutte, therefore, won the parliamentary elections for the fourth time in a row. He received almost two million votes as party leader.

That is why Rutte does not consider stepping down, he emphasized in recent days. "I'm going to do my best to regain confidence," he said after the marathon debate. On Friday, his tone was a little more confident. "I got 1.9 million voters. It is crazy to step aside two weeks after the election."

The House of Representatives first wants to establish a new pathfinder for the formation of the new cabinet. Not someone close to power or a party, as has often been the case until now, but a person "with authority, far removed from power," argue various MPs.

What happens next is to wait and see. The new pathfinder will again speak to all seventeen party leaders and map out the options for a new coalition.

Now that Rutte ranks this bad among the other parties, the VVD can also put someone else forward as prime minister. The Netherlands does not officially elect a prime minister, but the largest party is the first to be given the right to put someone forward.

It has often happened that the largest party does not supply the prime minister.