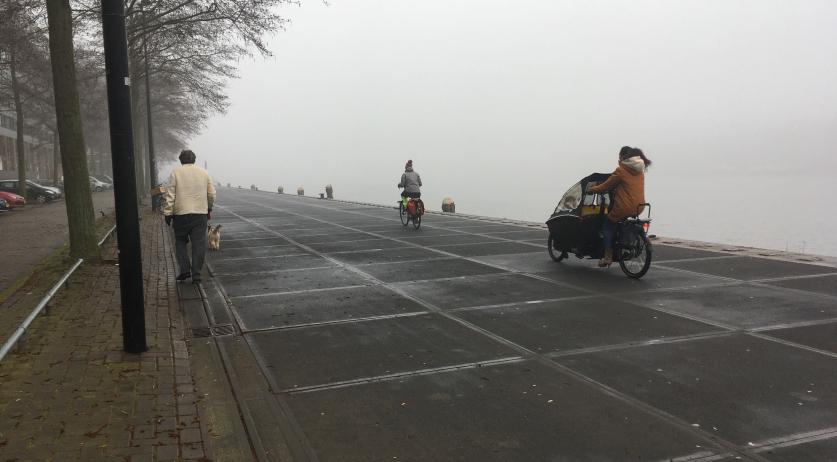 Persistent fog along the coast, sunshine expected elsewhere in NL

Thick fog and low-hanging clouds covered the western parts of the Netherlands on Wednesday morning. They're expected to clear up during the course of the morning, though the fog could remain longer along the coast. The rest of the Netherlands will see a few clouds and periods of sunshine, according to meteorological institute KNMI.

The KNMI has a code yellow warning in place for the provinces of Zuid-Holland, Noord-Holland, Friesland, the IJsselmeergebied, and the Wadden islands, warning that fog may reduce visibility until late morning. "Dangerous driving conditions. Adjust your speed and keep sufficient distance," the meteorological institute warned.

The day will be dry until at least the evening. Maximum temperatures vary widely, with only 4 degrees expected on the northwest coast while some places in Limburg may see thermometers climb to 17 degrees Celsius.

Overnight will see clouds spreading across the country, with some rain and fog in the south. Minimums will range between 1 degree in the north and 6 degrees in the far south.

Thursday will be cloudy with occasional rain, and maybe even some snow in the far north. Maximums will be around 6 degrees.

The rest of the week and weekend will be quite cold, with periods of sunshine and light to moderate frost at night.