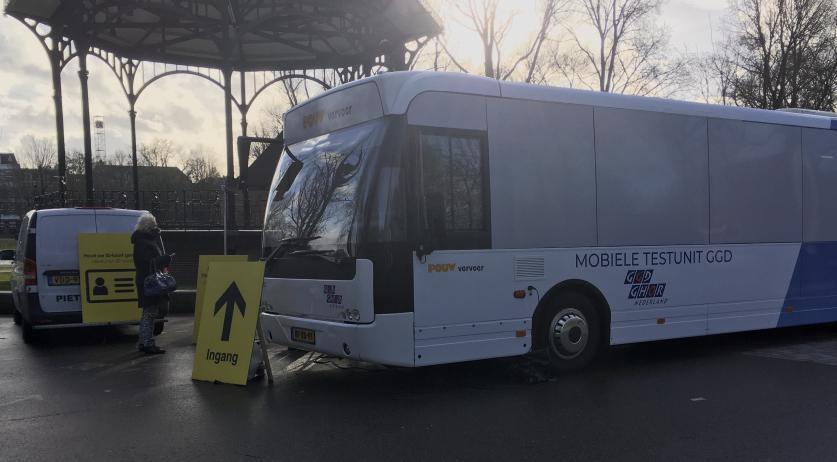 Some 8.9 percent of the 317 thousand people who scheduled their own coronavirus test were diagnosed with the SARS-CoV-2 viral infection, public health agency RIVM said on Tuesday. The combined weekly data through 10 a.m. showed a drop from from 9.7 percent a week earlier, when excluding specific large-scale experiments in Bunschoten, Dronten, and Charlois in Rotterdam.

Regular care hospital admissions of Covid-19 patients rose by one percent to 1,133, while intensive care admissions dropped by almost eight percent to 224. There was also a 26 percent decrease in deaths linked to the coronavirus disease, with 309 notifications made to the RIVM through Tuesday morning.

All told, the number of people testing positive for the infection rose by seven percent to 31,984 over the past seven days. Nearly all age groups showed an increase in per capita infections, except for the collective category of people over the age of 70, which showed a marginal decrease. "The number of [infections] in the nursing home also decreased further. This points to one of the first positive consequences of vaccination against the coronavirus in the Netherlands."

"Outlook not yet good," according to RIVM

Despite this, the RIVM said it was concerned about a sharp increase in people reporting symptoms of Covid-19 over the past two weeks, similar to levels seen in December when the government began enforcing a stricter lockdown that included school closings. The agency said that even after accounting for a possible overlap with similar seasonal allergy symptoms, the spread of the novel coronavirus could be worsening.

It pointed to its new mid-month calculation that every 100 people contagious with the infection passed the virus on to 102 others, making the basic reproduction (R) number of all viral variants 1.02. The R-number of the variant that was dominant last year rose from 0.90 on February 5 to 1.02 a week later. The B117 variant from the UK that emerged in the Netherlands in December had a R-number that rose from 1.14 to 1.26. Another more contagious variant which originated in South Africa now has a calculated R-number of 1.37, meaning 100 contagious people will spread it to 137 others.

The RIVM explained that the sharp 20 percent rise in testing last week was the likely reason why the positive test rate fell, especially as those up to the age of 12 who share a classroom or daycare space with an infected person must get tested after five days of quarantine if parents want to return them to their groups early. Otherwise, they must self-isolate for at least ten days.

Municipal health service GGD was able to complete 317,361 tests for the week ending Tuesday morning, up from 263,506 the week before.

Since the end of February last year, 1,096,433 people have tested positive for the SARS-CoV-2 coronavirus infection. To date, nearly 42 thousand people have been treated in the regular care ward of a Dutch hospital for Covid-19, with 85 percent having survived the ordeal. Almost 8,900 have been treated in intensive care with a survival rate of 72 percent, figures from Stichting NICE showed.

A total of 15,649 people diagnosed with Covid-19 have died from the disease, the RIVM said. Excess mortality data from statistics bureau CBS suggested the real total was likely several thousand higher, as the disease claimed the lives of many people who were not yet diagnosed with the illness.