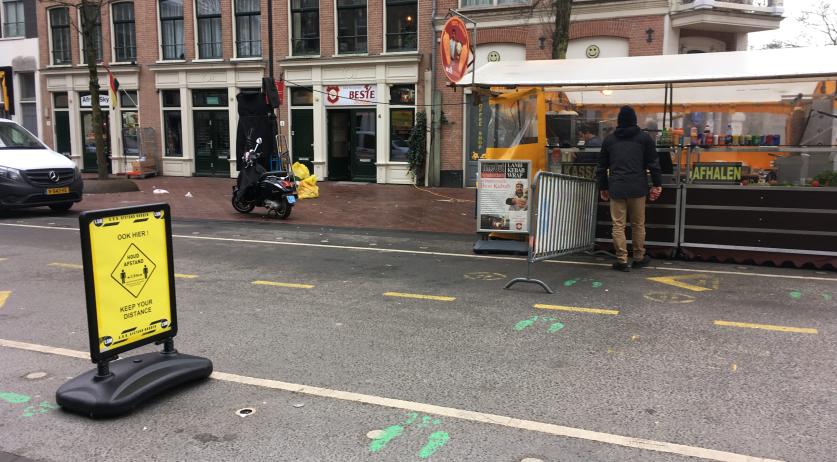 Daily coronavirus infection figures on Monday show that another 3,826 people in the Netherlands tested positive for the SARS-CoV-2 virus, which brought the seven-day moving average down one percent to 4,573. It snapped a 14-day streak where the average climbed since winter storms caused a reduction in testing, although the average was still ten percent compared to last Monday.

The daily tally was 19 percent lower than on Sunday, and was down nine percent from a week ago, public health agency RIVM said. The three cities with the most new infections were Amsterdam (195), Rotterdam (165) and The Hague (100). While Rotterdam was slightly above its average, the other two were slightly lower.

The estimated total number of Covid-19 vaccinations given out on Sunday also fell by nearly a third compared to a week earlier. Some 17,662 vaccine injections were likely administered, according to the RIVM model, 61 percent below the seven-day average of 46,054.

One positive note is that the estimated 322,380 jabs were given over the past seven days was likely the highest for any complete calendar week since the process began on January 6. Since then, 1,336,670 vaccine doses have been administered.

There were 1,911 patients being treated for Covid-19 in Dutch hospitals on Monday, according to the LCPS. That reflected a three percent increase from Sunday, but it was nearly the same total as a week earlier. The tally included 1,375 patients in regular care, a net increase of 53, and 536 patients in intensive care, ten more than on Sunday.

Hospitals admitted 145 new Covid-19 patients into regular care between the afternoons of Sunday and Monday, about 17 percent below average. Thirty others were admitted into intensive care, above the average of 26.

The RIVM also said it learned of 22 more deaths tied to Covid-19, which brought the moving average down to 48. To date, 15,584 people diagnosed with the coronavirus infection have died from the disease.

Some 1,092,452 people in the country have tested positive for the SARS-CoV-2 infection over the past year.