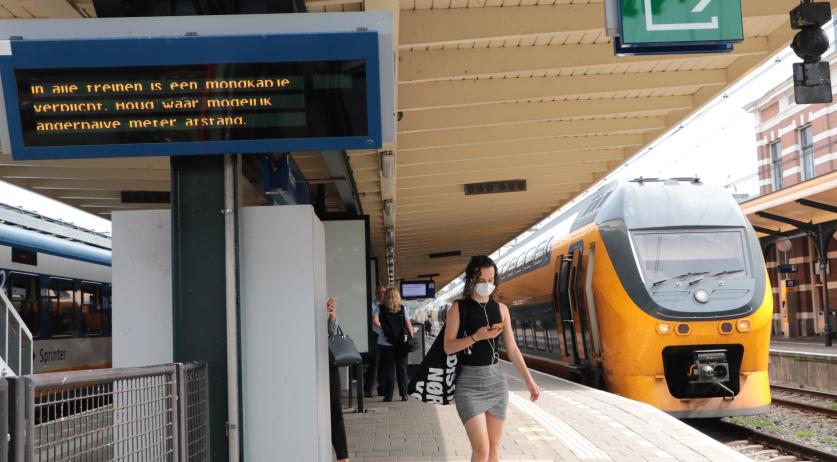 Train passenger numbers dropped by half this year

The number of people who took the train in the Netherlands this year decreased by more than half, Dutch rail company NS said on Monday. The plummet is due to the coronavirus crisis prompting people to work from home and stay at home as much as possible, according to the rail company, NOS reports.

On average, 580 thousand people traveled by train per day this year. Last year it was 1.3 million per day. In January and February, before the pandemic hit the Netherlands in March, the number of train passengers was still higher than the year before. In the first coronavirus lockdown in April, that number dropped to only 9 percent of the usual passengers.

NS' main focus in the short term will be to continue to safely transport people by train, NS president-director Marjan Rintel said to NOS. Next year's priority will be to get people back in the train. "We are well prepared for that," Rintel said. Like most of the Netherlands, the rail company has high hopes that a Covid-19 vaccine will return society to something more like the old normal.

But NS is also preparing for a future in which many more people will work from home, only going to the office a few days a week. The rail company wants to start talks with major employers, to make sure that all office days don't fall on the same days of the weeks, causing "hyper rush hours".