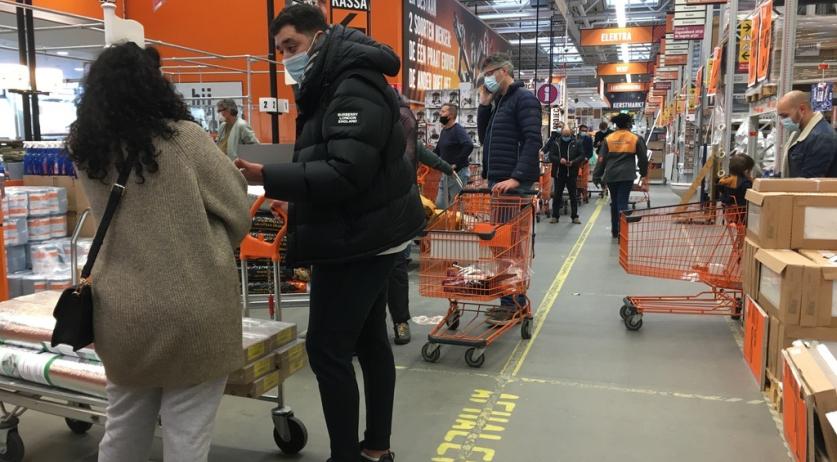 Coronavirus rolling average rises to 8,295; Hospital patients up 13% in a week

Some 8,496 more infections of the SARS-CoV-2 coronavirus were revealed by public health agency RIVM on Monday. While the figure was the lowest in five days, it was 19% higher than a week ago, and was 2.5% higher than the seven-day rolling average.

That average has risen for twelve days straight, and stood at 8,295 on Monday. It was 71 percent higher than that turning point on December 2, and was a third greater than a week ago.

The rising coronavirus data prompted the Dutch government to hold an emergency Cabinet meeting over the weekend and on Monday, after which the leaders of the political parties were updated by Prime Minister Mark Rutte. Rutte was expected to announce Monday evening that the country would enter a hard lockdown which was unlikely to end before January 19.

Most organizations in the Netherlands were expected to close their doors to the public, including daycares, schools and secondary schools, and excluding banks, pharmacies, and supermarkets.

The city with the most new infections was Amsterdam with 350, up 62 percent from last Monday. While Rotterdam dropped by 26 percent to 251, The Hague’s data point jumped by 68% to 170. The data also suggested that other cities were seeing growing surges in coronavirus infections, including Almere, Apeldoorn, Breda and Utrecht.

The coronavirus situation in the hospitals deteriorated further on Monday, with the admitted patient total rising by 105 in a day. There were 1,872 patients being treated for Covid-19, up 13 percent in one week. The total included 503 in intensive care, an increase of six. That number was above five hundred for the first time since November 20.

There were also 1,369 people being treated in regular care for the coronavirus disease, an increase of 99. That raised the regular care total to its highest point in three weeks.

During the 24 hours leading up through Monday afternoon, hospitals took on 184 patients with Covid-19, and moved 36 into intensive care.

The RIVM also said it knew of 35 more deaths from Covid-19, a figure which is often lower on Sundays and Mondays due to data trickling in more slowly. To date, 10,082 people deaths in the Netherlands have been definitively linked to the disease.

Some 621,944 people have been diagnosed with the infection since the end of February