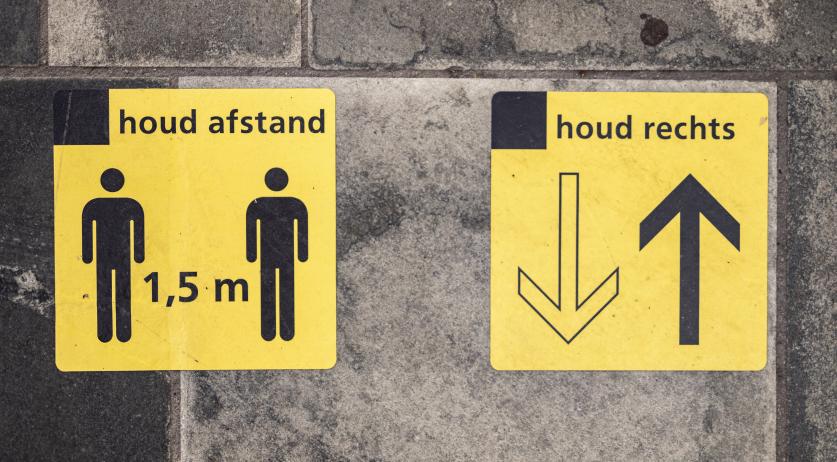 There were 1,606 people being treated for Covid-19 in Dutch hospitals on Wednesday, the lowest total since October 17. The figure has steadily declined since it peaked at 2,653 one month ago.

Although it reflected a 17 percent decrease compared to a week ago, it was still about 14 percent higher compared to October 13. On that date, Prime Minister Mark Rutte held a press conference to announce the partial lockdown measures from which the Netherlands has not yet emerged.

Wednesday’s total included 475 patients in intensive care, down three from Tuesday. There were also 1,131 patients with the respiratory illness in regular care wards, a net decrease of 74.

Since Tuesday afternoon, Dutch hospitals admitted 142 more patients with Covid-19, according to patient coordination office LCPS. It added that 25 people with the disease were moved into an ICU during that time.

Some 4,942 more people in the Netherlands tested positive for the SARS-CoV-2 coronavirus infection, public health agency RIVM said on Wednesday. The figure was flat compared to a week ago, and was 21 percent higher versus Tuesday. It was also about two percent higher than the seven-day rolling average of 4,861.

The three cities with the most infections were Amsterdam (300), Rotterdam (283) and The Hague (147). Both Amsterdam and Rotterdam were up six percent versus the same day last week, while The Hague’s tally dropped by three percent.

Data from the agency showed that 66 more people also succumbed to Covid-19. That was 11 percent lower than last week, and brought the seven-day average to 57.

The RIVM said that 532,444 people have tested positive for the infection to date, including 9,504 people who died from Covid-19. Hospitals have treated 25,173 people for the disease in regular care, and 5,566 in intensive care. An estimated 4,935 of the hospital patients did not survive, according to nonprofit organization NICE.