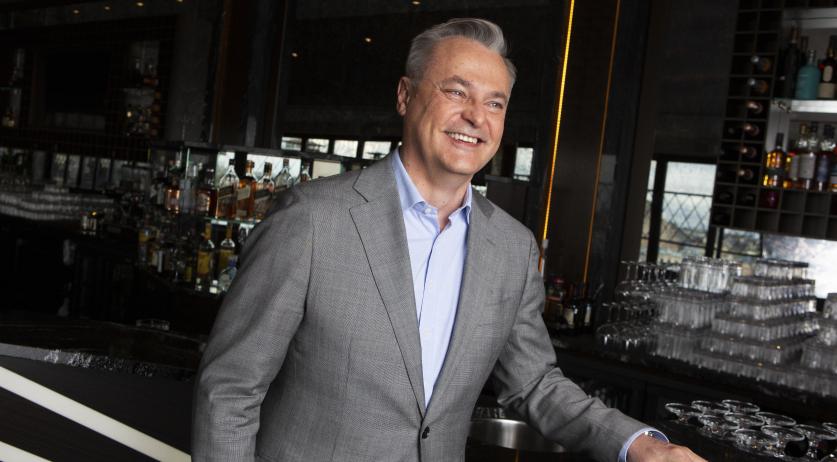 Seymour Ferreira, CEO of Amber Beverage Group, said the legacy of successful beverage businesses born and based in the Netherlands contributed to his decision to move there. “Some of the oldest companies in the world are Dutch distilleries.” ABG ABG All Rights Reserved
Business
Amber Beverage Group
Seymour Ferreira
Amsterdam
Noord-Holland
Moskovskaya Vodka
Riga Black Balsam
Rooster Rojo
Wednesday, October 21, 2020 - 10:00
Share this:

This article was produced with support from Amber Beverage Group.

Amsterdam has a long history of welcoming expats to its city and continues to be on the receiving end of a steady stream of international talent. This comes as no surprise to Seymour Ferreira, CEO of global spirits company Amber Beverage Group (ABG), who became an Amsterdammer 15 years ago. He said, “This role affords my family and I the privilege to live internationally. London was a top contender but we chose to relocate to Amsterdam because we felt a real connection to the city.”

Ferreira leads the Amber Beverage Group, a spirits company boasting over 600 owned and third-party brands, including the iconic Moskovskaya Vodka and the world’s oldest herbal bitter: Riga Black Balsam. The organization employs around 2,000 people worldwide, with hubs in the Baltics, Mexico and Australia. Instead of enjoying year-round sunshine, Ferreira opted to base himself in Amsterdam, the city he said provides both the strongest position from which to lead ABG, as well as an exceptionally high standard of living.

Ferreira said, “I chose Amsterdam for a number of reasons. Firstly, it is important for me to be based centrally in Europe and Schiphol Airport is a piece of world-class infrastructure. On top of that accessibility and proximity to other major cities, Amsterdam attracts a large pool of talent, many of whom speak multiple languages and have experience in global markets.”

Amsterdam and its beverage business legacy

The final reason Ferreira mentioned pertains to the legacy of successful beverage companies born and based in this city. “International trade is part of the Dutch DNA and nothing speaks more strongly to this than the fact that some of the most well-known brands around the world are Dutch,” he added.

Ferreira points out that Dutch distilleries have formed some of the oldest companies in the world. He said, “Lucas Bols and De Kuyper are good examples of historic companies that are still running very successfully and have transformed into international brands.” Evidence that Amsterdam is now seen as a city central to the global spirits industry is reflected in recent moves by international powerhouses including Bacardi, Diageo, and Campari who have all set up shop here in recent years.

The coronavirus pandemic posed unprecedented challenges for the beverage industry, given the sudden and prolonged closure of many bars and restaurants all over the world. Ferreira said ABG is fortunate to have a diversified offering, he indicated, “It is helpful that ABG is not heavily reliant on the bar and restaurant industry. During the earlier stages of the pandemic, we were able to increase the visibility of our brands in retail channels, making these brands more recognizable to private consumers and generating sales both on and offline.”

In fact, during the months in lockdown, ABG managed to open 13 new markets. In existing markets like Australia, they established over 1,500 additional distribution points. As a result, the company recorded a slight increase in revenue over the first half of 2020 and grew its operating profits by eight percent.

Ferreira argues that ABG’s success is a result of its decentralized organizational structure, which aims to maximize on the entrepreneurial approach taken by its brands. “ABG has grown into the company it is today based on strong partnerships. I’ve seen many companies in our industry steamroll into a newly acquired brand and make big changes fast – we believe in a more collaborative approach.”

For ABG the best kind of partnerships are those where both parties learn from each other. “Newly acquired brands or new partnerships are only of interest to us when they do something better than we do. We want to bring the strengths of the brand into ABG to progress the entire group,” said Ferreira. ABG has successfully integrated eight companies, including 550 brands, over the last six years and 95% of employees working for the acquired companies have stayed on and become part of ABG.

As a dedicated partner, ABG helps brands map the optimal route to market, providing the resources necessary to enable brands to grow. Additionally, ABG adds value by injecting a high level of professionalism. Ferreira said, “We have an independent supervisory board and fulfill the same obligations required of a listed company, such as issuing an audited publication of our accounts.”

ABG is quickly ascending the ladder in the spirits industry and has set a new goal to turnover €1 billion in the next five years. Ferreira concluded, “We expect rapid growth, both organically and in the form of M&A. We are already strong in Eastern Europe and now we are looking forward to increasing acquisitions in wider Europe. In the coming year we hope to secure a heritage brand with a strong European presence.” 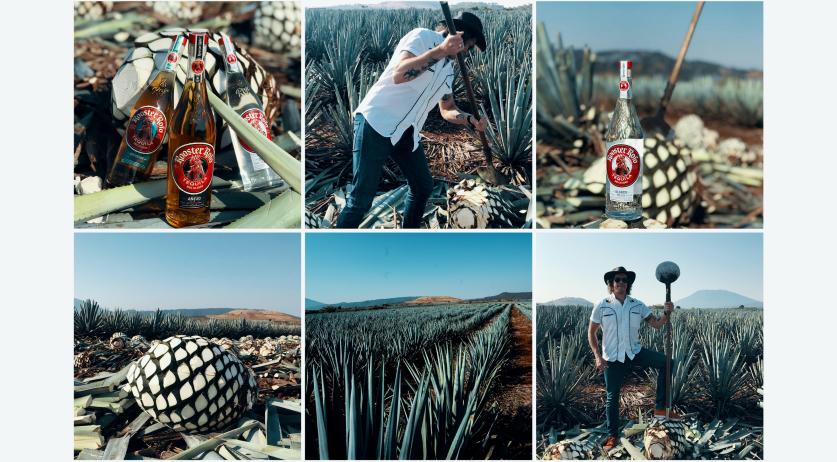 Rooster Rojo, one of several authentic tequila brands in ABG’s portfolio, is produced from blue agaves in the Mexican tequila heartland of Jalisco. ABG ABG All Rights Reserved