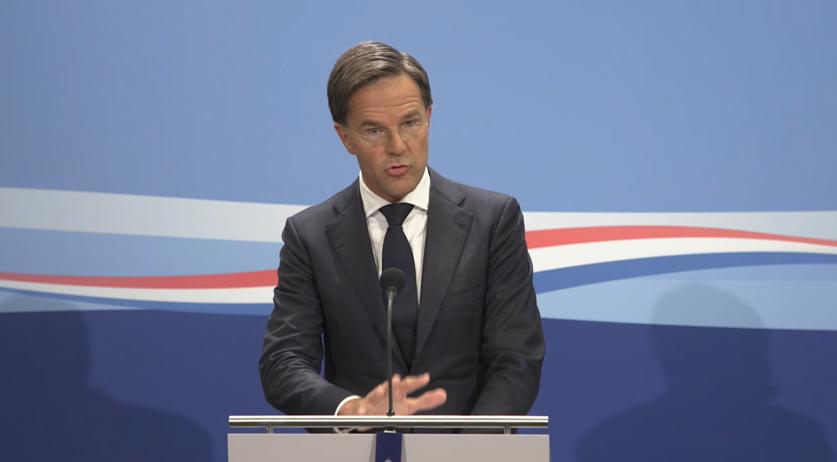 A set of seven "drastic measures" were being discussed by politicians to stop the rapid rise of coronavirus infections. The proposals include a ban on day trips to the country's three largest cities, and stricter enforcement of working from home measures, with employers held accountable for violations that could include the temporary shutdown of a business.

The new measures were expected to be announced at a Monday evening press conference being held by Prime Minister Mark Rutte and Health Minister Hugo de Jonge. The restrictions were still being debated, with talks still set to take place between the heads of the 25 security regions in the country and Justice and Security Minister Ferd Grapperhaus, the broadcaster said.

If approved, the measures could take effect for a period of three weeks, according to broadcaster NOS. The news outlet cited anonymous sources, and a list of the proposals. No decision had been made as of Monday afternoon.

Aside from the tougher policy on businesses and limitations of travel to and from Amsterdam, Rotterdam, and The Hague, politicians were looking at shutting the hospitality industry at 10 p.m. every night, with no new customers allowed in from 9 p.m. Live audiences could also be forbidden from sporting events at the professional and amateur level.

Further limits could be placed on indoor and outdoor group sizes, including the number of guests allowed inside a home at one time. Supermarkets could again be required to disinfect shopping carts, and hand them to customers as they walk in the door.

Professionals who work in close contact with their customers, like beauticians and physiotherapists, could be required to maintain a registry of customer contact details for investigation if someone tests positive for the SARS-CoV-2 virus.

The press conference was initially expected to be held on Tuesday, but it was moved up to 7:00 p.m. Monday with the situation in the country quickly deteriorating. On Friday, the Prime Minister said that theses press conferences were likely to be held biweekly. "Of course we are dealing with a virus that does not always keep to our own schedule," he said. "That means that ad hoc decision making and sometimes ad hoc communication cannot be ruled out."

The number of coronavirus infections is increasing alarmingly in the Netherlands. Last week 17,857 people tested positive for Covid-19, including 2,999 on Sunday. Over 2,900 more positive test results were also disclosed on Monday. The country is currently one of the biggest coronavirus hotspots in Western Europe, according to a study by RTL Nieuws.