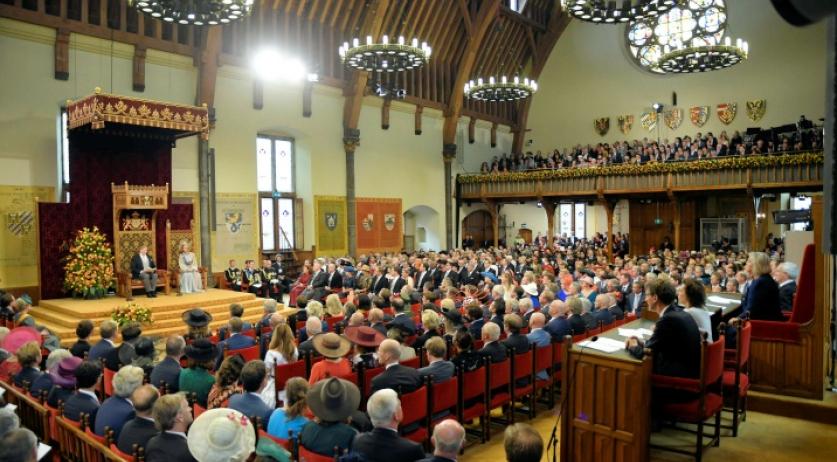 The government's State Secretaries will be watching the King's Budget Day speech from a nuclear bunker this year. Due to the coronavirus and social distancing it entails, they won't be able to physically attend the speech in the Grote Kerk. They've therefore declared themselves the unofficial designated survivors.

The official designated survivor is a Minister who will not attend the Budget Day speech - the official opening of the Dutch parliamentary year - so that there is someone to take charge in case anything should happen to the rest of the cabinet during the event. Last year Minister Stef Blok of Foreign Affairs was the designated survivor. He was in Strasbourg on Budget Day and unable to attend the speech in any case.

This year, the King will give his speech from the Grote Kerk, and not in the Ridderzaal. To make sure everyone can keep sufficient distance from one another, there will only be 250 guests at the speech, instead of the usual 1 thousand. A number of parliamentarians will miss the speech, as will the State Secretaries.

State Secretary Stientje van Veldhoven of Infrastructure, who is also responsible for nuclear safety, therefore invited her colleagues to watch the speech together at the Museum of Population Protection / Bunker Complex Overvoorde in Rijswijk, AD reports.