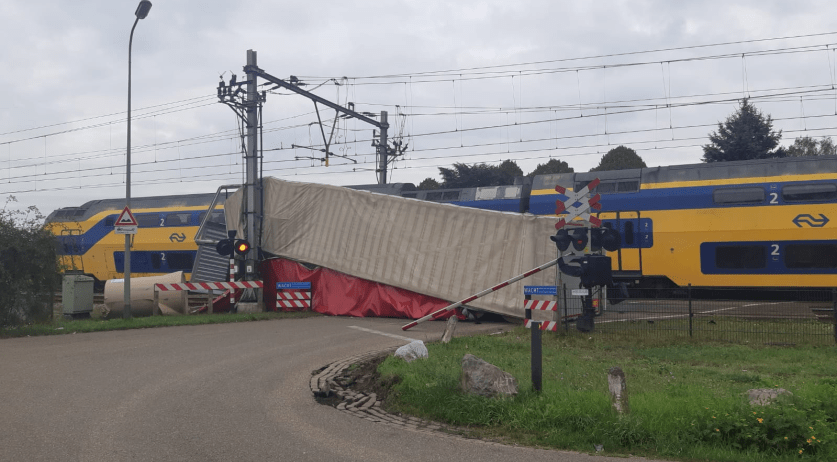 Video: Two hurt when train crashed into truck in Roermond

A collision between an intercity train and a truck at a railway crossing in Roermond on Thursday left two train passengers with minor injuries, according to the police. The truck driver managed to jump out of the truck in time to escape unharmed. The collision brought train traffic between Weert and Roermond to a standstill and that will remain the case until at least Friday afternoon, ProRail said.

The accident happened at the rail crossing on Brandeweijer on Thursday afternoon. The truck, transporting rolls of paper, was standing stationary on the guarded crossing when the train crashed into it.

Employees of rail operator ProRail worked through the night to get the tracks repaired, but the damage was "greater than expected", ProRail said. The level crossing installation and the overhead line portals were severely damaged, and rails need to be replaced, among other things.

The train and truck were also heavily damaged. They were removed from the scene overnight.

NS is running buses instead of trains between Weert and Roermond while repairs are underway. The rail company hopes that train traffic can restart around 2:00 p.m. Travelers should take extra travel time into account.