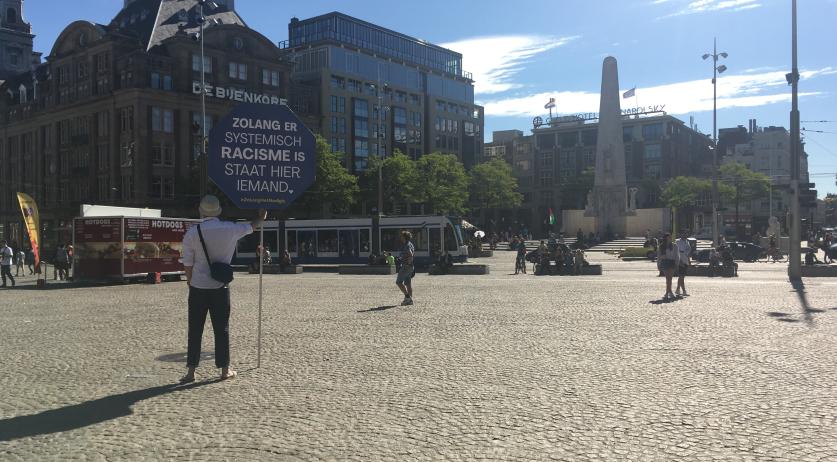 Social media giant Facebook announced on Tuesday that it would remove all videos, images and photographs which depict winter holiday season character Zwarte Piet as being in blackface makeup, or otherwise depicting a insulting stereotypes against black people. The ban was to take effect on both Facebook and Instagram, and would also include an end to negative stereotyping of Jewish people.

The use of blackface represents a "continuous history of dehumanization and denied civil rights," Facebook said to NOS. "In addition, Facebook does not accept that users are discriminated against on the basis of, among other things, race, sex, religion, ethnicity, gender or disease. As a result, vulnerable groups can lose their voice."

"By blackface, we mean that a person has a distinct black or darker face paint, combined with stereotyping elements such as large earrings, an afro wig or large lips," a Facebook spokesperson told Nu.nl. More identifying features were determined internally, but were not released to prevent people from pushing the policy's boundaries. A Zwarte Piet character using soot would still be allowed, broadcaster NOS said.

The offending images posted before Tuesday's announcement will be removed, the company said, as the policy is retroactive. Images which will be removed include those in which someone darkens their skin with make-up or shoe polish, a family photo where a child is joined by someone in blackface, a message saying Zwarte Piet is not racist, but which uses the racist caricature. Some exceptions to the policy will include messages from advocates against the use of blackface and news reports that contain images of the character in blackface.

"Experts say that blackface is racist. That's how this policy came about. As a result, Zwarte Piet is also prohibited," the spokesperson told Nu.nl

Stereotypes that portray "claims that the Jews rule the world" or that they are at the top and in control of the world's most important institutions are among those which the company is also targeting. The company said those myths serve to fuel increases in anti-Semitism.

Facebook said it was unconcerned about losing a portion of its Dutch user base. "This could be a setback, but it is the right choice for us," a spokesperson reportedly said. The company said it has been working on the new policy for nine months, and that the Black Lives Matter movement and the advertising boycott which followed did not play a role in the decision.