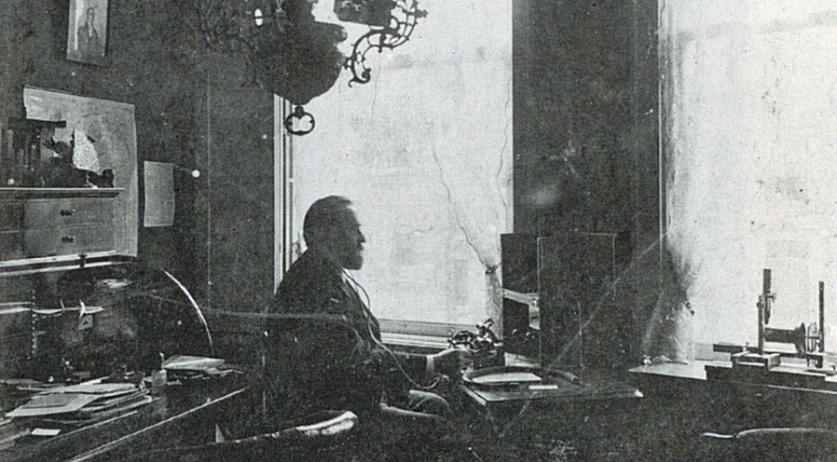 The oldest known recording in the Dutch language was made publicly available by the Alkmaar Regional Archive over the weekend. Over 120 years old, the three-minute piece of audio was discovered on a strip of magnetic tape from the 1970s while the archive team was making an inventory of their sound collection.

Recorded by Alkmaar chemist Jan Daniël Boeke on March 9 1898 using a phonograph, a predecessor to the more modern record player, the audio includes a series of vowel sounds and singing, followed by a "Hiep hiep hiep hiep hoorah!"

Before Boeke's recording, the oldest known recording of the Dutch language dated back to 1899.

"It is quite special to hear someone who lived 122 years ago speak Dutch. It is also very nice that you sometimes hear him say more personal things. That's kind of like smiling people in very old photos. You don't see that often," said Mark Alphenaar of the Alkmaar Regional Archive.

Alphenaar added that he hopes that more institutions and collectors will dive into their sound collections again.

Jan Boeke, who had been a chemist and researcher, created the recording as part of his research into language and sound. According to the Alkmaar Regional Archive, he is also known to have recorded a large variety of similar sounds, ranging from recordings of texts, to the sounds of his wife and children. Many of Boeke's recordings have been lost or are difficult to understand.

The original wax rolls that Boeke had used to make the recordings are currently kept in the University Museum in Utrecht.