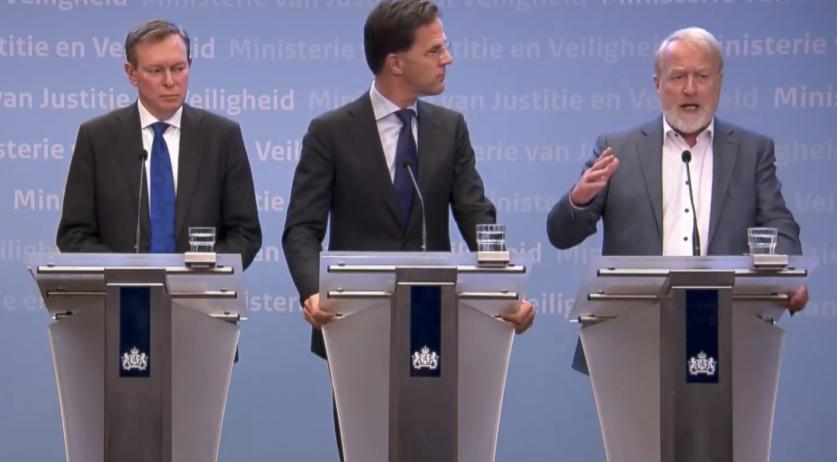 Bruno Bruins, one of the most present voices in the Netherlands during the ongoing coronavirus crisis, asked to be released from his post as the Minister of Healthcare on Thursday. The previous evening, Bruins collapsed from exhaustion while standing at the podium in the lower house of parliament during a debate on the country's preparedness.

In a statement, Bruins said he was no longer physically up to the task. He compared combating coronavirus to the highest level of professional sports. "And I have concluded that my body can no longer handle this due to exhaustion," he said.

"The King has granted this resignation with the highest honors, on the recommendation of the Prime Minister, with gratitude for the varied and important services rendered by the minister to Him and the Kingdom," the Cabinet of the King said in a statement.

Earlier in the day, Bruins was said to be feeling better after resting for the night. He was expected to return to work within a day or two.

"I felt faint from exhaustion and intensive weeks. Now things are better again. I'm going home now to rest tonight so I can get back to work tomorrow to fight the corona crisis as best I can," Bruins said on Twitter after the scary moment in parliament.

On Thursday evening, his knees buckled sending him to the floor, after he had been addressing the criticisms, concerns, and questions of Dutch political party leaders. About 35 minutes into the debate, far right leader Geert Wilders began pressing Bruins about the availability of surgical masks in the Netherlands.

Bruins staggered backwards and slumped down when he was caught by Social Affairs Minister Wouter Koolmees. Some 15 secons later, Koolmees helped Bruins to his feet. Bruins walked out of parliament unassisted after sipping from a glass of water.

For the time being, Hugo de Jonge will take over Bruins' portfolio. De Jonge is the Minister of Health, Welfare and Sport and Prime Minister Mark Rutte's third Cabinet.