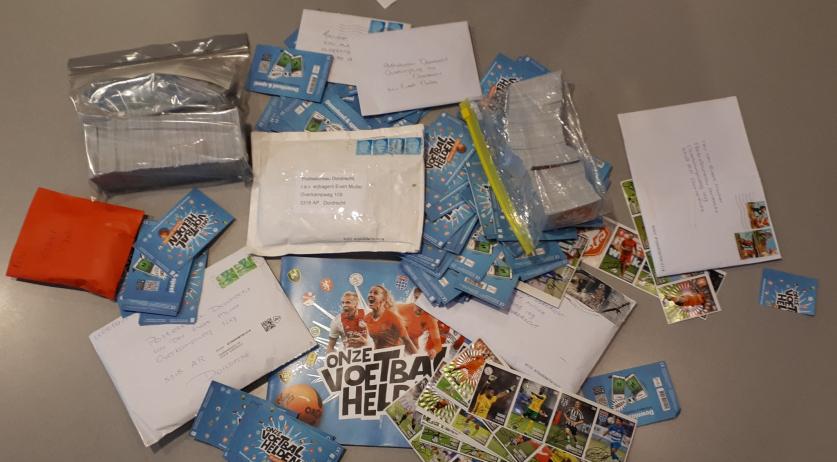 A 38-year-old man was sentenced to six weeks in jail this week for striking a 10-year-old boy outside a grocery store in Dordrecht. The boy had asked the man for his collectible football stickers being given away as a store promotion when the violent incident occurred.

The boy was waiting outside of the Albert Heijn in the Stadspolder district on February 12th, asking many of the store's customers for the packets of stickers. The offender snapped, struck the boy, and then shoved him. He was arrested after store employees identified him to police.

Community policing officers in Dordrecht helped spread the word about the incident, which then went viral on social media. Many sent in envelopes stuffed with stickers for the boy. The boy then donated the stickers to the children's ward of the Albert Schweitzer hospital.

“The smile is back on his face,” police officer Evert Mulder said on Twitter.

The man convicted in the case can be released from jail after two weeks if he obeys conditions set forth by the judge in the case. Violating the terms could mean serving the full sentence.