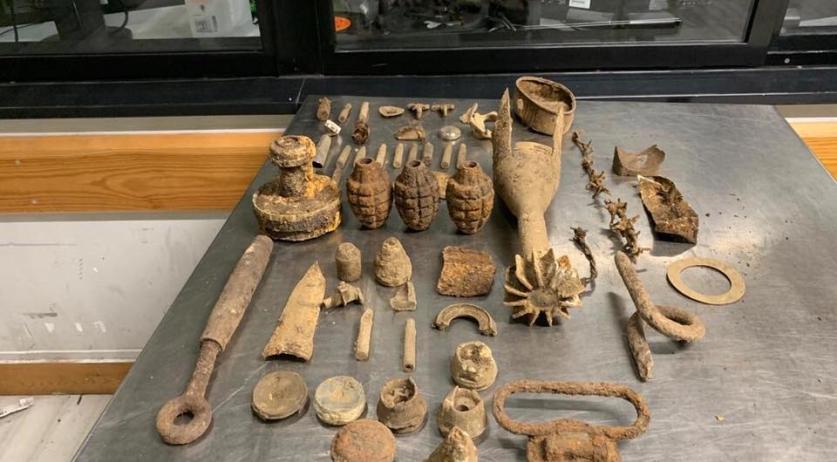 A 43-year-old American man was fined 750 euros at Schiphol airport on Sunday after Koninklijke Marechaussee officers found a large amount of Second World War armaments in his luggage. His suitcase contained three hand grenades, a part of a mortar grenade, over 30 bullet shells, and various other ammunition parts, the Marechaussee said on Facebook.

The man told the authorities that he collects WWII items. He said he found the armaments with a metal detector in Germany and wanted to take them home with him. Because the items contained no explosive charges, he saw no harm in it.

After paying his fine, the man was allowed to fly back to the United States on Monday. The grenades and ammunition were confiscated, the Marechaussee said.

The Koninklijke Marechaussee is a policing force that works as part of the Dutch military. It is responsible for border security, including at Dutch airports.