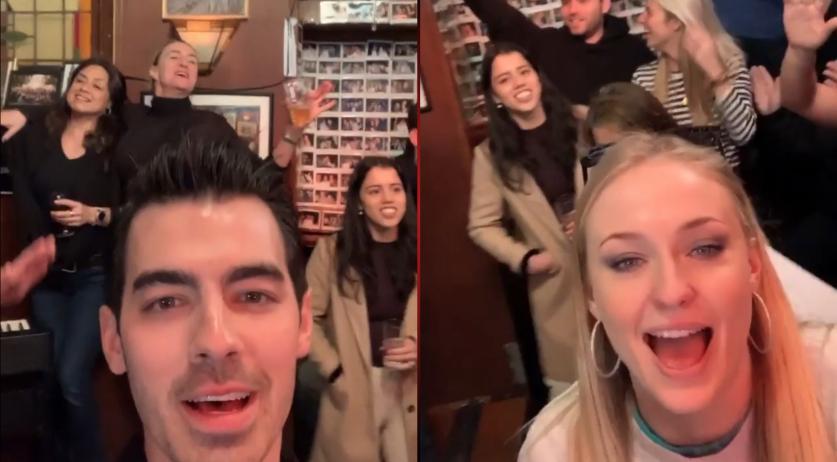 Joe Jonas of the Jonas Brothers posted a video on Instagram showing himself taking part in a live group karaoke session with actress and wife Sophie Turner in an Amsterdam pub. The duo were in town as the Jonas Brothers performed in the city's Ziggo Dome on Thursday night.

The pair were singing along to the song "Amsterdam", the Dutch entry in the 1980 Eurovision Song Contest. It was made famous by singer Maggie MacNeal, who performed the tune during the Contest, which was held in The Hague that year. She placed fifth out of 19.

The singalong happened in Cafe de Twee Zwaantjes on Prinsengracht in Amsterdam. Longtime manager Trees Ruzette is seen in the video singing behind the bar.​