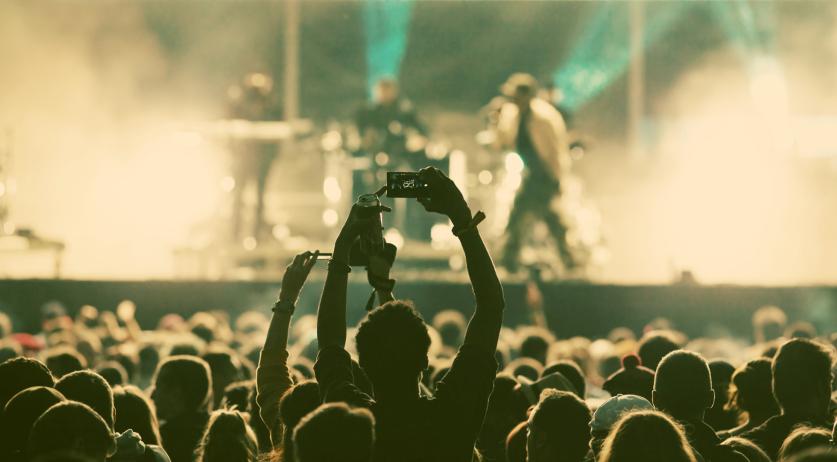 103 decibels - the maximum noise level allowed at events and concerts in the Netherlands - will still cause hearing damage if attendees do not wear earplugs, Nieuwsuur reports. The Ministry of Public Health, Welfare and Sports confirmed to the program that it was assumed attendees would be wearing hearing protection when the maximum noise level of 103 dB was set, but this is not mentioned in the campaign about hearing protection titled I love my ears, Nieuwsuur said.

The number of young people suffering from hearing damage has been increasing for years. This prompted the Ministry of Health to make agreements with the events industry in 2014 on limiting the noise level at concerts and festivals. In 2018, State Secretary Paul Blokhuis made new agreements, limiting the noise level to a maximum average of 103 dB per 15 minutes. But then it is assumed that visitors wear ear plugs, that muffle a further 15 dB of noise.

Audiologist Jan de Laat said about this in an RIVM report: "The level of 103 dB is already quite high. It is acceptable in the sense that if you are exposed to it - with hearing protection - you are still reasonably safe. Hearing protection is therefore really necessary."

But this is not mentioned in the information campaign that has for years been reminding young people to protect their hearing. A survey by VeiligheidNL showed that half of concert- and festival attendees never wear hearing protection, according to Nieuwsuur. The trade association for music venues, concert halls and event organizers told the program that it is visitors' own responsibility to protect their hearing.

According to audiologist De Laat, the number of people who wear earplugs at events increased over the past years, but not enough. He thinks better information will help increase awareness about the necessity, he said to Nieuwsuur.

The covenant, which contains the Health Ministry's agreements with the events industry also stipulates that all participants measure their noise level and report those results to an independent party. But a Nieuwsuur inquiry revealed that this independent party was never established. Instead, noise level measurements are sent to the SKEN foundation - a foundation established by the branch itself, with the chairman and director of the sector association also on the board.

In a response, State Secretary Paul Blokhuis told Nieuwsuur that organization VeiligheidNL, which has no connection to the events sector, will soon publish an evaluation on the implementation of the covenant, partly on the basis of information that SKEN received from participating parties.

Blokhuis said that he is pleased with the sector's efforts to combat hearing damage, but he added that event organizers should "provide very good information" about hearing protection and also provide protective gear. "You also have to leave after a great concert without ringing ears."