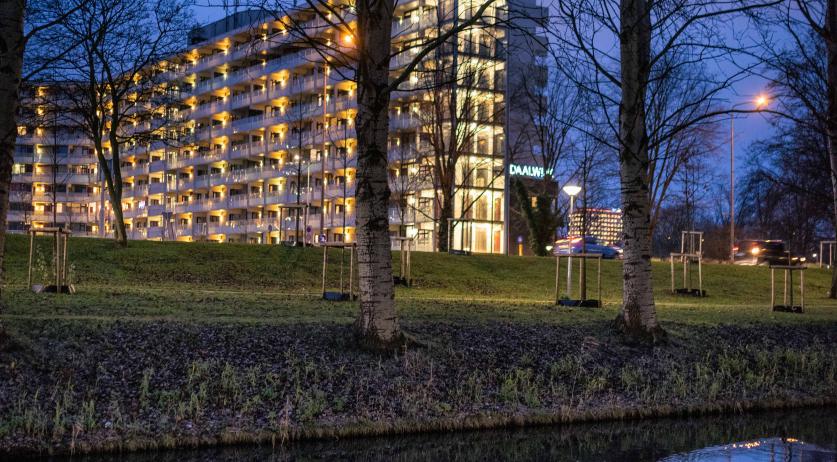 Three people were arrested in connection with a fatal shooting in a student home in Amsterdam Zuidoost during the early hours of Tuesday morning, the police said in a statement. A 26-year-old man from Amsterdam was killed in the shooting.

The police responded to a report of shots fired at the home on Daalwijk around 1:00 a.m. on Tuesday morning. First responders found the 26-year-old man with a bullet wound in his back. They tried to resuscitate him, but it was to no avail. The man died at the scene.

The three suspects reported to a police station on Tuesday morning. They were arrested for further investigation into their possible involvement in the shooting.

Exactly what happened in the student home is still unclear. The police have spoken to a number of witnesses, but are looking for more information. Investigators call on witnesses to come forward.