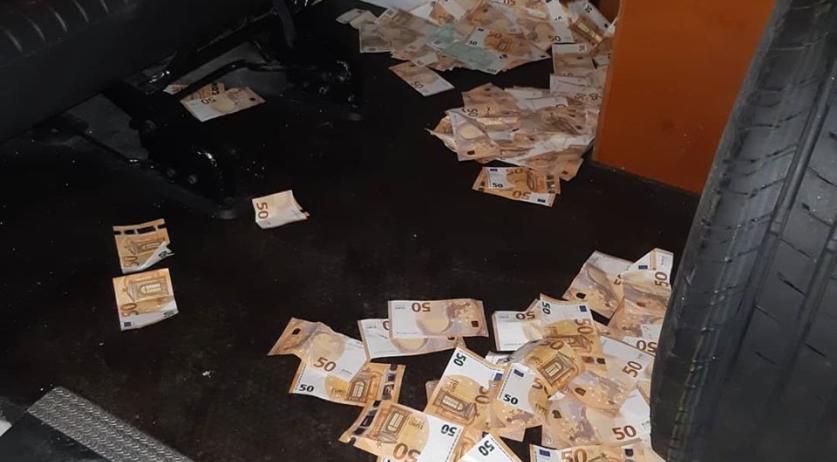 Police investigating an aggressive man on the streets of central Rotterdam led to the accidental discovery of thousands of euros in loose cash. The suspect was trying to cover something up when he was taken into custody, and the pile of money plopped out of his clothes, police said.

Officers monitoring a security camera saw a man with a bottle of liquor trying to pick a fight with anyone who walked past him. When police arrived on scene the man took off running, but was found soon after hiding under a delivery van.

"My colleague managed to get the man out of it and the man was arrested," one of the police officers said on social media.

The suspect was led into a police van. They heard the suspect rummaging around "and saw that he was trying to hide something," the officer said.

His attempt to hide the item failed, and police "got a smile on our face" when they heard the sound of something hitting the floor. It was a collection of 50 euro, 100 euro, and 200 euro banknotes.

Though the suspect claimed the cash was not his and it was in the police vehicle before he was taken into custody, he was detained for money laundering, the officer said.