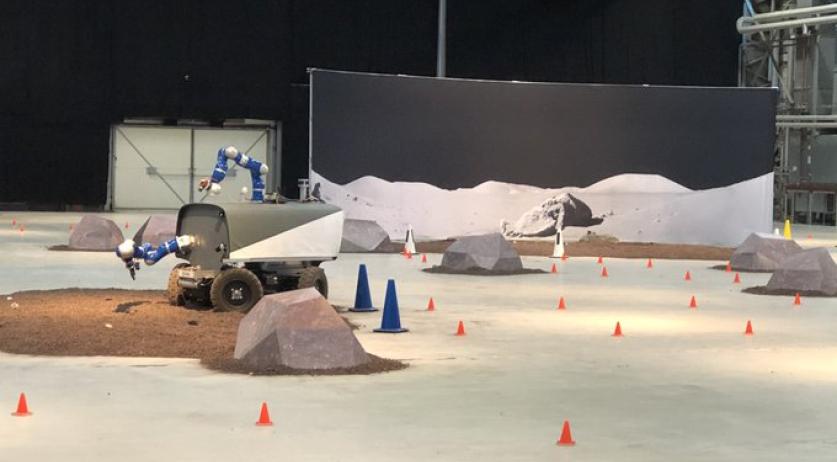 Italian astronaut Luca Parmitano, currently on space mission on the ISS, successfully test drove a rover in a hangar in the Netherlands on Monday. He remotely completed a course, avoiding obstacles and picking up rock samples, in a test to see whether control from space is feasible for future rover missions.

Parmitano successfully completed the Analog-1 series of experiments, the European Space Agency said on Twitter. And he did so 30 minutes ahead of schedule.

The earthbound part of this experiment happened in a hangar on the former airport of Valkenburg, where a pre-set route was marked off with pylons for the rover, according to Tweakers. Parmitano was instructed which rocks to pick up from the European Astronaut Center in Cologne, Germany.