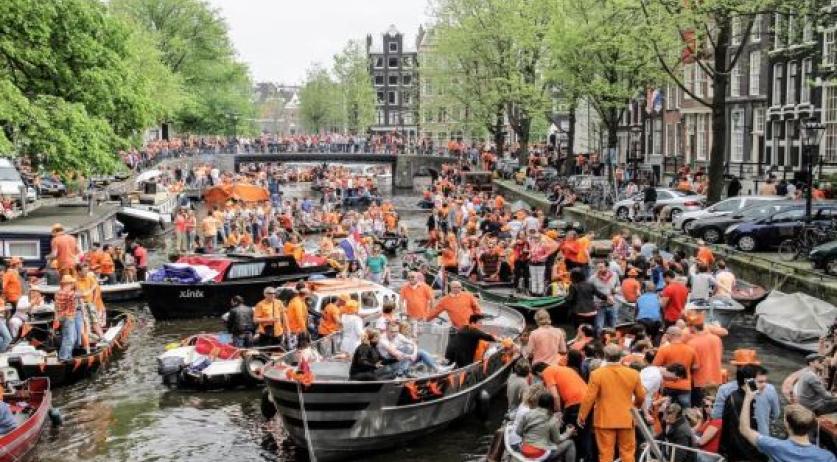 People in the Netherlands largely agree about what it means to be Dutch, valuing the same traditions and symbols regardless of origin, age or level of education. Dutch also agree on what they consider to be the biggest threats to the Dutch identity - polarization and Islam, the social and cultural planning office SCP found in a two year long study into the Dutch identity titled Dekend aan Nederland.

When asked about what is typically Dutch, respondents largely named the same traditions, symbols, and civil liberties as typical and connecting Dutch themes. The Dutch language is at the top of the list, followed by King's Day, Sinterklaas, cycling, the Elfstedentocht, the Dutch flag and the Delta Works. When asked what connects Dutch people, the same traditions and symbols were often mentioned, along with Remembrance Day, Liberation Day, freedom and equality.

"Much has been written, said and debated about the Dutch and their identity in recent years, but we actually questioned them ourselves", SCP director Kim Putters said to newspaper AD. "And it turns out that, despite the sometimes fierce discussions, there is a striking amount of consensus." The SCP questioned thousands of Dutch about the national identity over the past two years.

The social office noted that men were more likely to be negative about politics and politicians, while women were more often concerned about discrimination and intolerance. The researchers also found a clear difference along those same lines among people with different levels of education, with highly educated people being more concerned about intolerance and people with lower levels of education being more negative about politics.

According to the SCP, the Dutch can be divided into two orientation types when it comes to national identity: the 'symbol-Dutch' who attach great importance to traditions and old customs, and the Dutch who attach more value to civil liberties like the right to demonstrate and religious freedom. Though Putters emphasized that about 80 percent of Dutch do not belong exclusively in one of those groups. "The masses can not be placed in one box", he said to AD.