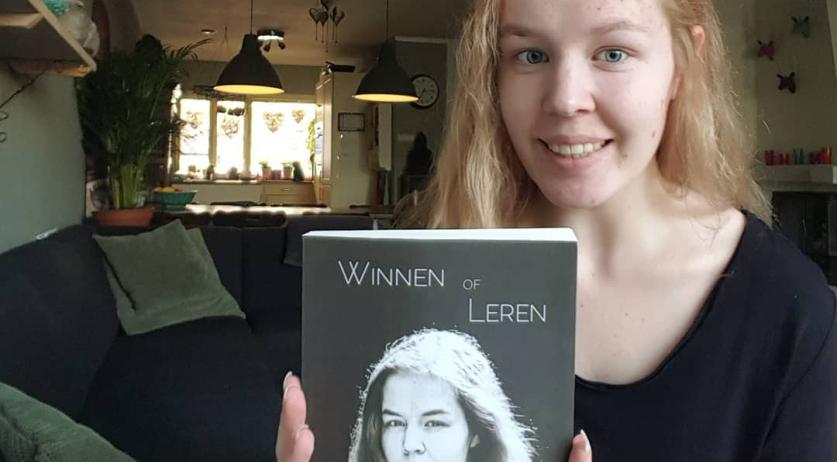 Those in the Netherlands who are suffering from depression or contemplating suicide may call counselors at Sensoor, 0900-0767 (5 ct./min.), chat with them online, or call their volunteers at a local number. 113 Zelfmoordpreventie is also available 24/7 at number 0900-0133. A list of suicide crisis hotlines outside the Netherlands is available on Wikipedia.

A number of international news outlets reported the death of Dutch teen author Noa Pothoven as "legal euthanasia", though this apparently was not the case. The teenager died in a hospital bed in the living room of her parental home in Arnhem on Sunday, according to newspaper AD. In a final Instagram post the day before her death, she reported that she had stopped eating or drinking some days ago.

She reportedly slipped into a coma and passed away at her home. "After years of fighting it is over", she wrote on the social media platform. "After many conversations and assessments it was decided that I will be released because my suffering is unbearable. It's over. I've not been really living for so long, I survive, and not even really that. I breathe but no longer live."

In the Netherlands, it is lawful for a patient to issue an advance directive about treatment to their doctor, according to information provided by the Dutch government. The directive can include a “do not resuscitate” order, and it can also be extremely specific about what treatments the patient does not want to receive. This can specify whether or not a patient receives nutrition and hydration intravenously, according to health care workers’ association KNMG.

It can even dictate instructions to physicians should the patient willfully choose not to eat, and where the patient prefers their life to come to an end. This directive is considered standard medical practice in the Netherlands, and it is not governed by the country's law legalizing euthanasia and physician-assisted suicide in specific cases.

The story alleging that euthanasia was the cause of Pothoven's death appeared Tuesday on the websites of broadcaster Euronews and British newspaper the Daily Mail, and was later re-written by media outlets globally and in multiple languages. Some issued corrections to the story, including the Washington Post and Euronews, or retracted their work outright. Others, including the Daily Mail, the Daily Sun, New York Post, and Washington Examiner, were still reporting late Wednesday afternoon that the 17-year-old girl from Arnhem died as the result of euthanasia as specified by Dutch law.

In the hours since the articles were published, several comments were posted to social media platforms accusing her, her parents, and her medical care providers of wrongdoing.

The Arnhem teenager struggled with post traumatic stress disorder, depression and anorexia after she was repeatedly sexually assaulted as a child, beginning when she was just 11 years of age. In her award wining autobiography, titled Winnen of Leren, Noa describes a life of sexual violence, self harm, suicide attempts, and forced treatment in clinic after clinic. In December last year, Noa told De Gelderlander that she approached the End Of Life clinic in The Hague - without her family knowing about it - to find out if she was eligible for euthanasia.

Her request was rejected, she told the newspaper.

"They think I am too young to die. They think I should complete the trauma treatment and that my brain must first be fully developed", the then 16-year-old girl said to the newspaper. "That is when you are 21. I'm devastated, because I can't wait that long anymore."

There are no rules about what medical conditions may lead to euthanasia, but there are guidelines that doctors must follow before it is allowed. According to the Dutch law governing euthanasia and physician-assisted suicide, a doctor must determine if a patient meets six specific requirements before granting their request. Aside from being voluntary and well-reasoned, the patient must be enduring unending, unbearable suffering. The patient must also be aware of all potential treatment options, and the physician and patient must both agree that there is no reasonable alternative that can better serve the patient. Upon meeting that criteria, the leading care provider must consult at least one other independent physician about the case.

Once granted, euthanasia or assisted suicide must be conducted with medical precision that follows a separate set of guidelines. Other strict requirements are set out for patients between 12 and 16 years of age. Neither euthanasia nor assisted suicide is allowable under Dutch law when the patient is younger than 12.

Every case where end of life takes place by euthanasia or assisted suicide is reviewed by regional committees including a doctor, medical ethicist, lawyer, and a chairman to lead proceedings. Reviews of each case are provided within six weeks, and if a case is suspect it is then referred to a regional health inspectorate and the public prosecutor’s office.