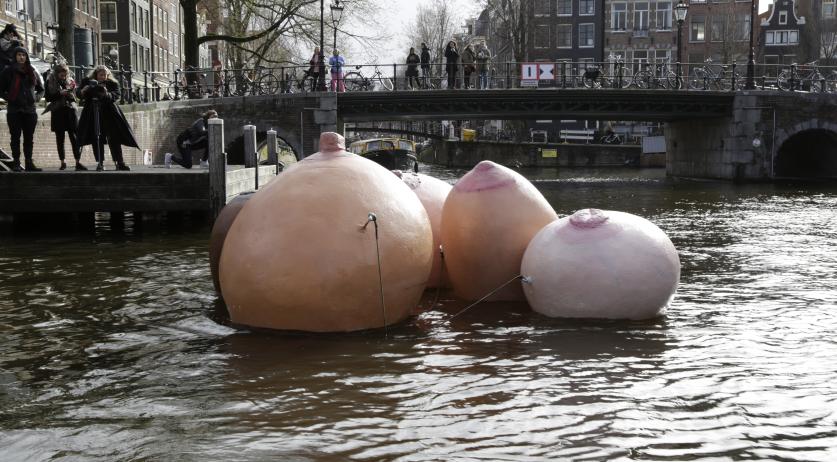 On Friday a flock of giant breasts are floating down Amsterdam's canals for International Women's Day. This action is "to celebrate the fact that boobs are just boobs", organizer 72andSunny Amsterdam said in a press release. "Like the noses on our faces, they're simply part of the body, part of what makes us women."

72andSunny came up with the idea of giant floating breasts after a survey the agency performed among 160 women showed that the vast majority - 78 percent - of them had felt embarrassed by their boobs at some time in their lives. The creative agency finds it strange that simply having a pair of breasts seems to be disruptive. A team of women from 72andSunny Amsterdam therefore created a "delightful diversity of boobs" to float on the Dutch capital's canals, to ask that women's body parts be kept free from shame and stigma, harassment, censorship and objectification.

"We think it's pretty strange that as a society we are so stressed out about boobs. Our team's aim is to highlight the scrutiny and unnecessary sexualization that boobs still have to go through", Laura Visco, Deputy Executive Creative Director at 72andSunny Amsterdam, said. "We want to open up the dialogue about everyone having an opinion about this supposedly 'controversial' body part. You still can't post any pictures showing nipples on Facebook or Instagram for example if not showing breastfeeding or, say, mastectomy scars."

"Cultural policing of women's bodies starts early and only gets worse with age. Too big, too small, too old, too young - boobs are judged, inspected, grabbed and censored. At 72andSunny Amsterdam, we believe all breasts are wonderfully equal. No judgment here. They're just boobs", Visco said.

A wide variety of breasts - small to big, veiny to hairy, fake to pierced, in an array of shapes and skin tones - are floating down the Amsterdam canals on Friday with the help of artist Ernesto Bos and his team at Bos Deco. "To us they are all equal, and we feel the world should just let them be", the creative agency said. "Why should boobs have to follow some unwritten social and cultural rules? Let's set them free, and support their fundamental rights as funbags this International Women's Day with the hashtag #JustBoobs." 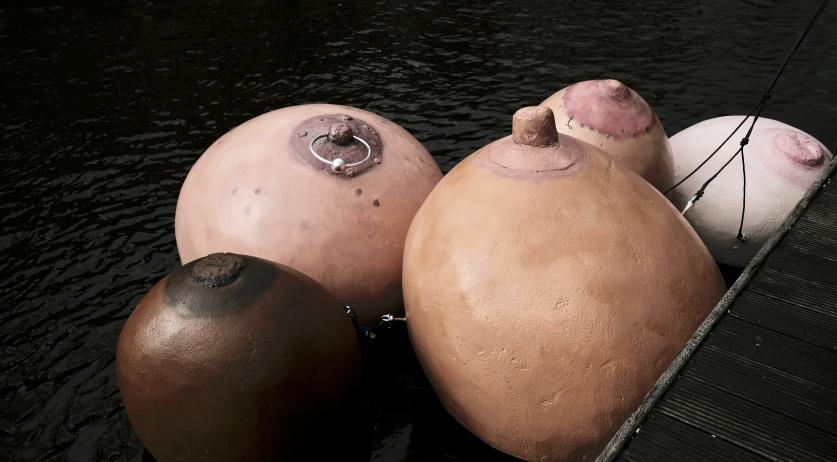 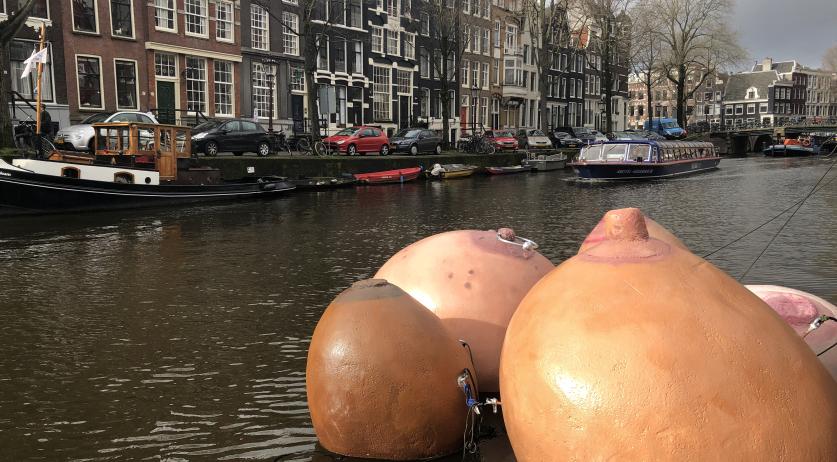