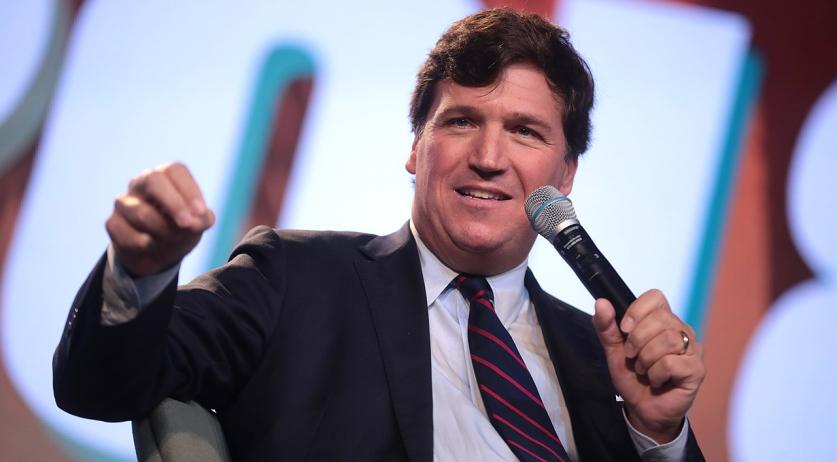 Tucker Carlson, a presenter on American broadcaster Fox News, called Dutch journalist and historian Rutger Bregman a "moron" during an interview, according to video footage of the interview released by platform NotThisNews.

The interview started off well enough, but by the end Carlson is completely sick of the Dutch historian. "I wanna say to you, why don't you go fuck yourself, you tiny brain - and I hope this gets picked up, because you're a moron", Carlson said to Bregman. "I tried to give you a hearing, but you were too fucking annoying."

Carlson interviewed Bregman on his own program, Tucker Carlson Tonight, on broadcaster Fox News about Bregman's speech at the international forum in Davos, during which the Dutch man said that rich people should pay more taxes. The American wanted to talk to Bregman about rich people and companies that evade taxes.

The Dutch historian, however, did not play along and quickly criticized Fox News. The vast majority of Americans are in favor of higher taxes on the rich, but that does not get discussed on Fox News, he said. "And I think the explanation for that is quite simple. It's that most of the people in Davos, but also here on this channel, have been bought by the billionaire class. You know? You're not meant to say these things."

"You are a millionaire funded by billionaires, that's what you are", Bregman said. He added that he's glad Carlson and Fox News are now talking about issues like tax evasion. "But you're not part of the solution, Mr. Carlson. You're part of the problem, actually."

It's at this point that Carlson started calling Bregman a "moron".

Fox News decided against airing the interview. Bregman tweeted about it. "Good morning Tucker Carlson, why didn't you air the interview with me last night? Couldn't handle the criticism? I think you should just show it. And try to resist the temptation to edit, I've recorded the full thing - including that moment when you start swearing profusely."

According to NotThisNews, Carlson's show responded: "Tucker is someone who appreciates many points of view. Sadly, the guest turned an opportunity to have a substantive, informative discussion into an obviously calculated personal insult campaign. We were disappointed in the segment and respect our audience's time too much to consider airing it."

The full interview can be watched here.

Okay, so now @TuckerCarlson sent me this email, after I asked him when the interview is gonna air (was supposed to be on tonight). Stay tuned. pic.twitter.com/AKaNEjm2S2