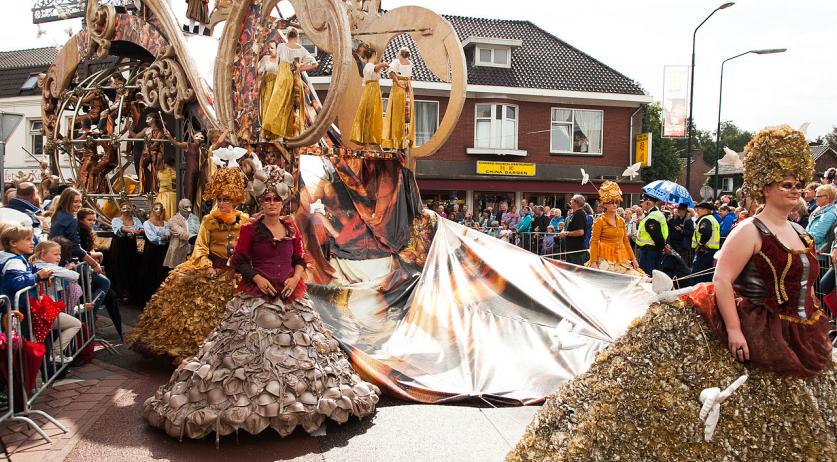 One float in the Brabantsedag Heeze theater parade caused a bit of an uproar on Facebook. According to Sun Shain, who posted a video of the float in question on Facebook, it looks like a slave ship, carrying people in blackface makeup.

"[Sunday] was apparently Brabantsedag. Where they drive with a parade with different cars and music... a bit like Carnival, but a racist version", Shain wrote on Facebook. "So there is a car that annoys me... a car with white believers in front and on the back of a ship... I would not be surprised if it is supposed to represent a slave ship. And then white people with blackface... black whole fckn body and in African clothing..." Her post was shared nearly 500 times and got nearly 300 comments, many of them sharing her disgust.

Brabantsedag gave a reaction to RTL Nieuws: "We always distance ourselves from discrimination and that is even included in our statutes." The parade is an important part of the Brabantsedag Heeze. "Important people and events from the past of the Duchy of Brabant are depicted."

The float in question is supposed to depict a missionary house from Boxtel. "Here priests study to become missionaries in Africa. They spread the Christian faith in Africa, but also help the continent and its inhabitants. They build houses, schools and hospitals." The float depicts "the church as a ship, on a wave of Bible books, on the way to other nations. It is not a slave ship", a spokesperson said to the broadcaster. It did not cross the organizers' mind that it could be seen as a slave ship. "That is unfortunate. We will deal with it differently next time."