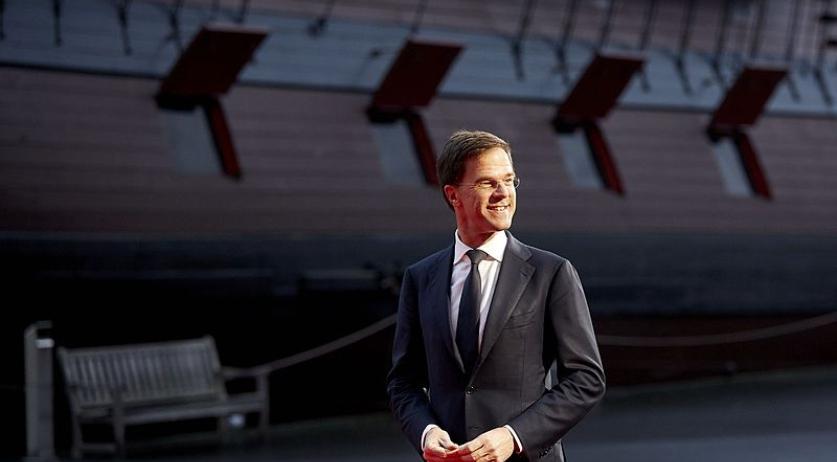 A video of Prime Minister Mark Rutte cleaning up coffee he spilled as the cleaners watch, is being shared worldwide. The video was first shown in Arab media, but has now also spread to various countries in Europe, the United States and India, NOS rpeorts.

On Monday Rutte dropped his cup of coffee when he arrived at the coalition council in The Hague. Instead of leaving the mess to the cleaning ladies, he took the mop himself and cleaned up the coffee. This was recorded by a NOS cameraman.

Media an India an Arab countries are full of praise for Rutte's action. In India it was written that Rutte "won their hearts", according to the broadcaster. Many on social media commented how they couldn't imagine any of their own politicians cleaning up after themselves. There was also amazement that "this action is seen as normal in the Netherlands".

The Washington Post called it a "symbol of etiquette". The video was also picked up by Buzzfeed.

True democracy, true leadership, no luxuriousness, no circle of sycophants and apple-polishers, no protocol, true public servant not ruler, simple & humble style of politics 👇
Dutch PM Rutte accidentally spilled his coffee and then did not hesitate to clean up the mess himself. pic.twitter.com/9MhkX7vAmI

What a Man!! Dutch PM Mark Rutte spilled coffee in Parliament. He took the mop & cleaned it up himself to loud cheers of the cleaners!!👏👏 pic.twitter.com/cxYS4iE3pT