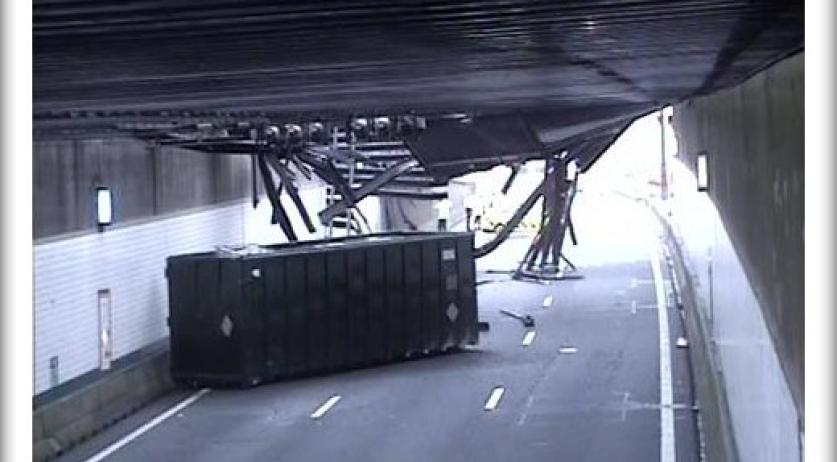 Ceiling of the Zeeburger tunnel on the A10 near Amsterdam collapsed after being hit by a truck, 3 Jan 2018 Photo: @RWS_verkeer / Twitter
Business
traffic
Rijkswaterstaat
Zeeburger tunnel
truck
accident
A10
Amsterdam
Wednesday, January 3, 2018 - 12:25
Share this:

Part of the ceiling of the Zeeburger tunnel, part of the A10 highway near Amsterdam, collapsed after a truck hit it on Wednesday morning. The tunnel is closed for traffic heading south, NOS reports.

Rijkswaterstaat initially closed the tunnel in both directions. But investigation revealed that the tunnel is safe in the outer ring, and that direction was reopened.

The tunnel will remain closed to south bound traffic for the time being. The Rijkswaterstaat is working on cleaning up the debris and investigating the extent of the damage.