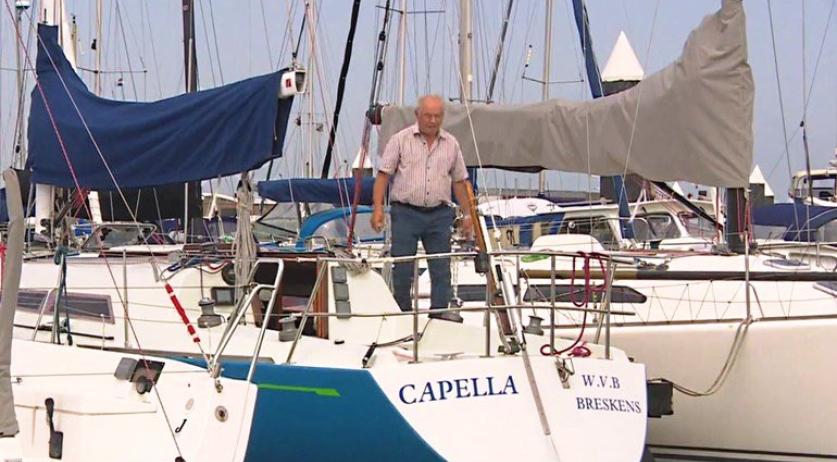 Dutch sailboat Capella capsized off the Belgian coast on Saturday morning after its keel broke. Ship designer Frans Maas (79) and sailor Freddy Franssens (70) from Breskens were killed. As of 9:30 p.m. on Sunday, 18-year-old Hannes Goedgebeur from Terneuzen was still missing, according to the Volkskrant. Three others were rescued.

A spokesperson for the Belgian police called the boat's capsizing a "tragic accident". After the keel protruding from below the bottom of the boat broke off, the ship lost its stability and capsized almost immediately. This happened around 8:30 a.m. on Saturday, according to newspaper AD. No emergency signal was sent.

About six hours later, the three survivors - two Dutch aged 17 and 53 and a 37-year-old Belgian - were found clinging to the capsized boat. The bodies of Maas and Franssen were also found and a search was launched for the missing Goedgebeur. That search was called off at sunset on Saturday. "We used all our resources to the maximum, but unfortunately nobody was found. There are no new clues to justify further search", a spokesperson from the Belgian Maritime Rescue center said to AD.

The ship was taking part in the Light Vessel Race, a sailing competition hosted by the Koninklijke Jachtclub in Zeebrugge.